Are You Clear? How to Be a Concise and Compelling Speaker 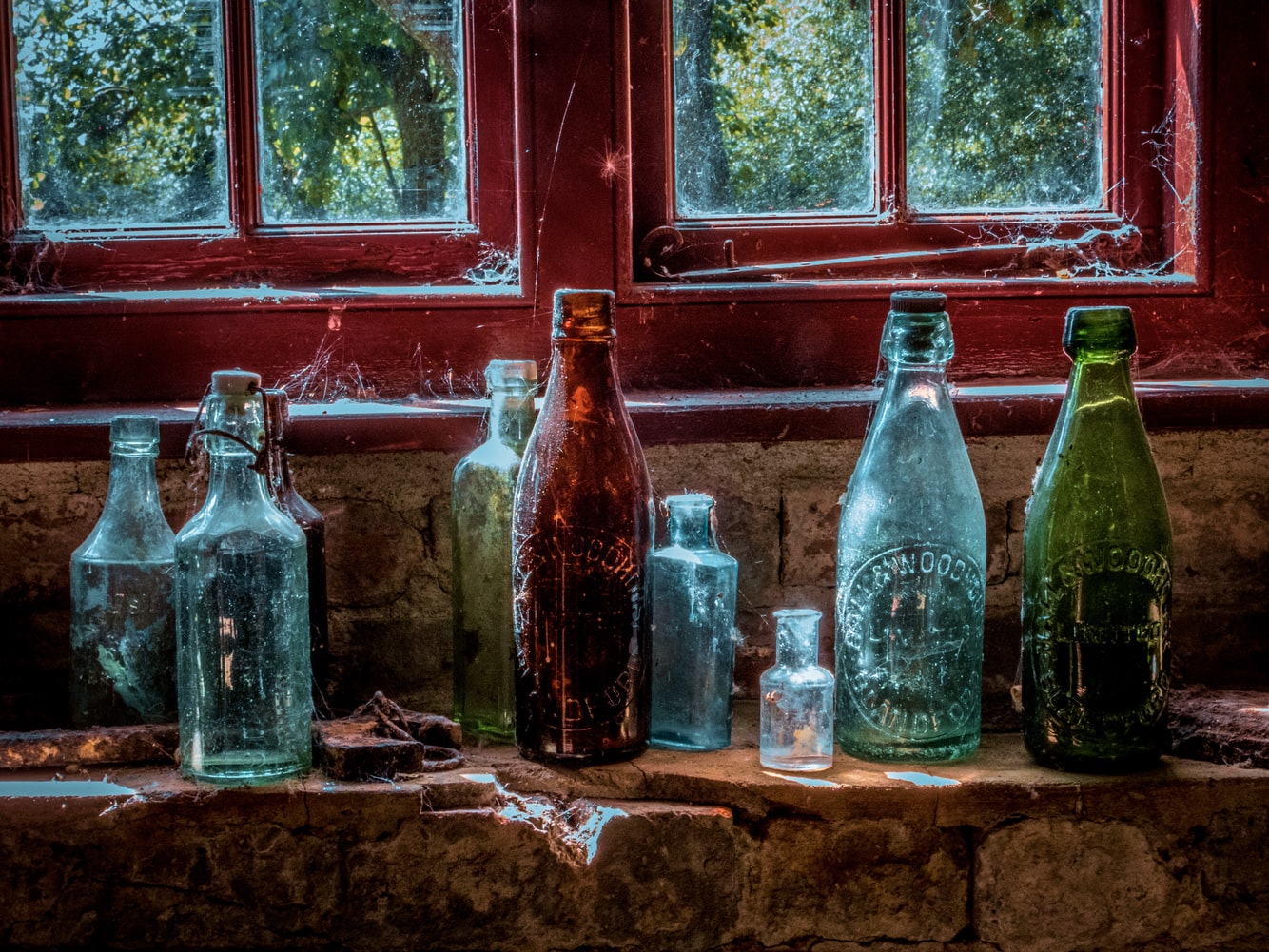 Are you clear when you speak in person and virtually? Here's how to be a concise and compelling speaker every time.

How compelling a speaker are you?

Many presenters fail to come across effectively, not because they don’t know their material or their business. They leave out a crucial ingredient: getting across to one's audience in a clear, concise, and compelling manner.

Are you too infatuated with content to woo audiences? Discover how to connect with them! Get my Free Insights Article, “Great Speaking? It’s About Performance Over Content!”

A few years ago, I was hired by a nonprofit to train four of its board members. A key issue, the Executive Director told me, didn’t involve public speaking skills. As far as that went, these executives—all committee chairs—were well practiced in presenting to the full board.

But not one of them could inspire confidence in their listeners.  They all had a tendency, I was told, either to “cloud the message," or come across as nervous and unfocused.

I thought, "Well, that's a wonderful metaphor: to cloud one’s message." But how in the world do you correct that? Here are four ways I think you can discover the essential speaking tips for leadership through clarity, conciseness, and a compelling demeanor. Achieving that is vital to knowing how to achieve presence and charisma as a speaker.

#1. Use a Hook to Grab Listeners

Your first task is to open your speech effectively—to “hook” the audience in terms of engagement and interest. That’s a key part of not just inviting but compelling attention.

What constitutes an effective opening? Two things more than any other: (1) knowing what will move this particular audience, and (2) the element of surprise. Audiences expect mundane and uninteresting openings to speeches and presentations because they’ve been fed a steady diet of such talks. So surprise them instead—ideally with something that will make this audience sit up and take notice.

Learn more about how to open powerfully! Download my Free Guide, "How to Start a Speech— 12 Foolproof Ways to Grab Your Audience."

When Barack Obama began his keynote speech at the 2004 Democratic National Convention, he started out this way: “Tonight is a particular honor for me because—let’s face it—my presence on this stage is pretty unlikely.” He went on to remind the national audience that his father was “a foreign student who grew up herding goats,” and his grandfather was “a domestic servant to the British.” A powerful U.S. Senator and future president chose an opening that was almost certainly what his audience didn’t expect, and so immediately piqued their interest. 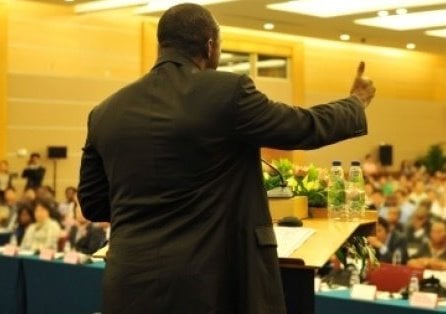 #2. Give the Audience a Roadmap

Once you have your audience’s attention, give them a sense of the journey you'll be taking together. As the great success guru Dale Carnegie put it: “Tell ‘em what you’re going to say.”

This is a necessary part of achieving clarity. After all, is anything worse than audience members asking themselves five minutes into a speech, “What’s this all about?” Your own speech should reveal—in as exciting a manner as you can muster—a roadmap of the trip you'll be taking everyone on.

Want more on becoming a compelling presenter? Learn how to truly engage and move audiences! Get my Free Guide today, "The Six Rules of Effective Public Speaking."

I once worked with a CEO who was getting ready for his manufacturing company’s annual sales meeting. He wanted his talk to be different from the ones he had given in the past. Fortunately, the company was rolling out two big initiatives that year. So that became the theme I gave him to launch his speech: “These are exciting times.”

What followed were the slides with the in-store displays, the new designs, projected profits, etc. That was information that the audience needed and wanted to see. But it was that upcoming journey through "exciting times" that told them to perk up and pay attention.

Now let’s discuss the “concise” part of the formula. That means presenting your ideas with precision, and knowing how to achieve the voice of authority.

When it comes to persuading others and bringing them around to your views, your opinion matters, of course—but not as much as you think. Audiences need more than your thoughts. They need evidence.

As it happens, thinking along these lines also helps your conciseness. Speaking theoretically and in generalities is death to a speech. (Just look at those two words: 'theoretically' and 'generalities'—can't you just tell they'd sound boring in a talk?) But if you back up your claims with examples, well, you’ll be much more likely to compel agreement.

Here’s an easy way to think of all this: Each time you make a claim, back it up with evidence. Data, case studies, personal experience, visual reinforcement . . . use anything that feels like proof. Let's say your company makes exercise software and you're discussing creating an app with your team. Would it help to show a video of people addicted to their phones? You bet it would! (One of my clients actually did this in a keynote speech, and it was hilarious.)

So ask yourself this: If evidence is this important, can your speech be a collection of theoretical points without concrete examples? Uh-uh. 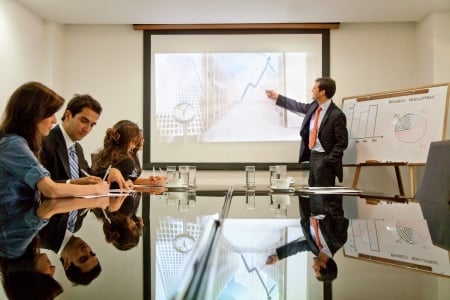 Now that you’ve opened well, told the audience where you’re going, and supported each argument, you’re ready to seal the deal. You need a compelling conclusion, which means knowing how to end a speech vividly and memorably. Don’t be like too many speakers who throw away this chance for lasting influence.

For some reason, most speakers spend far more time thinking about the opening of their speech than the closing. Why? It’s true that you need to engage your audience from the start and demonstrate credibility and authority. But what good is a speech that trails off weakly at the end, or worse, one that drops off a cliff with a “Thank you” that the audience isn’t yet ready for?

Sure, you should be able to keep an audience’s attention provided you know your stuff and are prepared. But will your message continue to resonate with listeners, a week, a month, or even years later?

The answer is yes—if you pay attention to the care and feeding of your ending. It’s not enough to simply recap your message, for instance. Your ending must have impact. Whatever you say last should continue to bounce around inside the head of your listeners like the steel ball in a pinball machine. Whatever their momentary response, your audience should not be able to get what you say out of their minds afterwards.

And here’s some good news about crafting a strong conclusion: the same techniques that help you hook your audience, are equally effective in creating an unforgettable conclusion. That is, they not only get listeners interested in what you’re about to say. They also help keep your influence affecting people's actions after you've finished speaking.

This article was first published in 2018. It is updated here.

Discover how to succeed at speaking virtually. Click on the image below!

Gary Genard is an actor, author, and expert in public speaking training and overcoming speaking fear. His company, Boston-based The Genard Method offers live 1:1 Zoom executive coaching  and corporate group training worldwide. In 2021 for the eighth consecutive year, Gary has been ranked by Global Gurus as One of the World’s Top 30 Communication Professionals. He is the author of the Amazon Best-Seller How to Give a Speech. His second book, Fearless Speaking, was named in 2019 as "One of the 100 Best Confidence Books of All Time." His latest book is The Online Meetings Handbook, now available at The Genard Method and at Amazon. To know more about TGM's services, Contact Gary here.