Two Ways to Build Confidence for Fear of Public Speaking 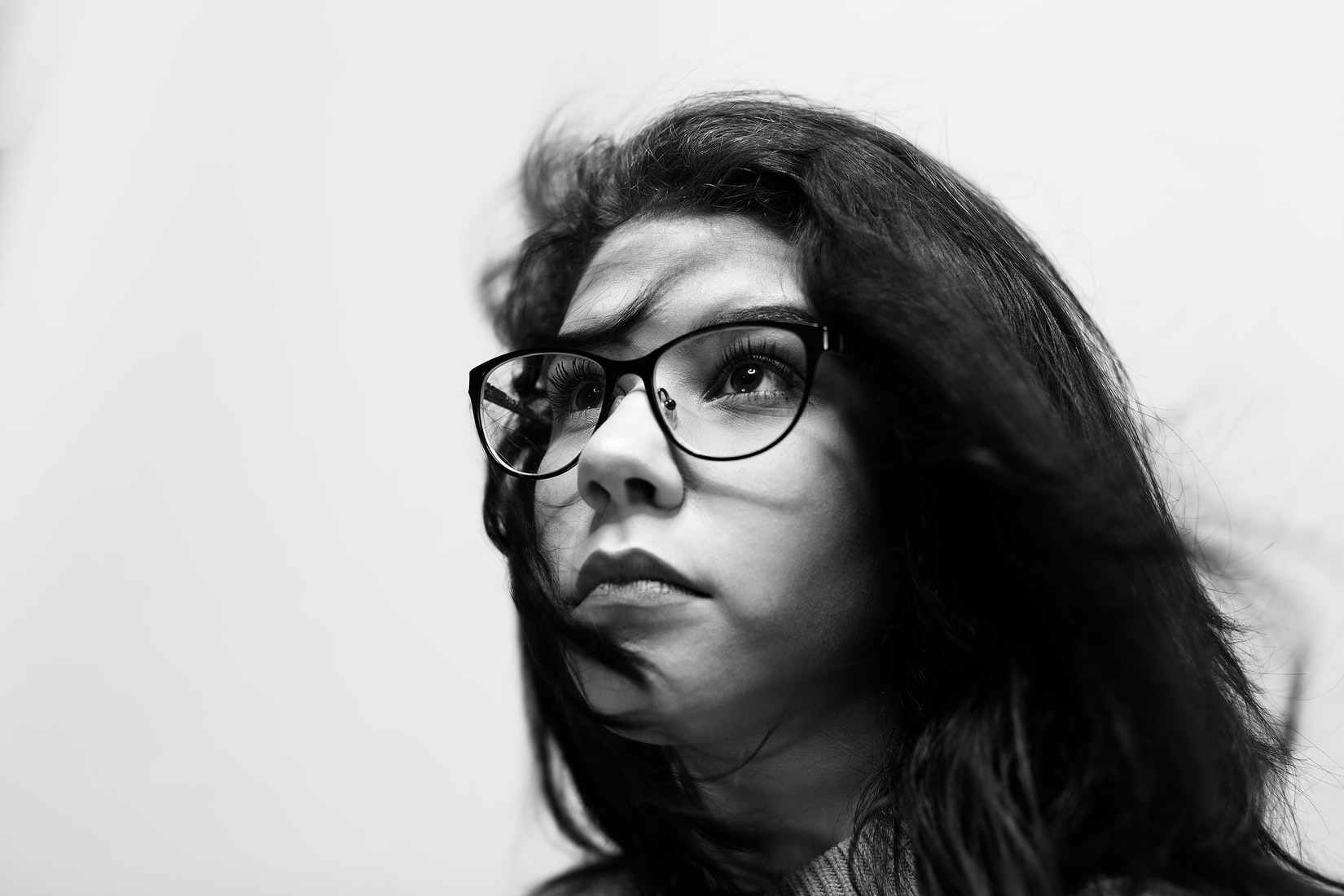 Does the thought of looking nervous in a speech unsettle you? Here are two ways to build confidence for fear of public speaking.

In his 1933 inaugural address, President Franklin Delano Roosevelt declared that "the only thing we have to fear is fear itself." For some speakers in 2021, it's the thought of looking fearful while presenting that's scary.

It's probably been this way since people began speaking in public. So it's not a phenomenon of the 21st century. Some of us seem to have a hard time admitting that we're human enough to show nervousness in front of an audience. That thought can be amplified if we're successful, as clients have said to me: "I'm supposed to be a leader. I shouldn't look nervous!"

Be a dynamic rather than a nervous speaker . . . even if you only have 5 minutes to spare! Get my Free cheat sheet, "How to Calm Your Nerves Before Speaking."

To which I say: "Shouldn't . . . shmouldnt," or maybe, "pudding!" Speech anxiety hasn't a thing to do with competence or expertise. And you know what? Audiences understand that. It's part of two reasons that I want to talk about today concerning why you needn't fear looking nervous when you speak. (Or at least, why you shouldn't fear it so much.) I hope the two, discussed below, are confidence builders. 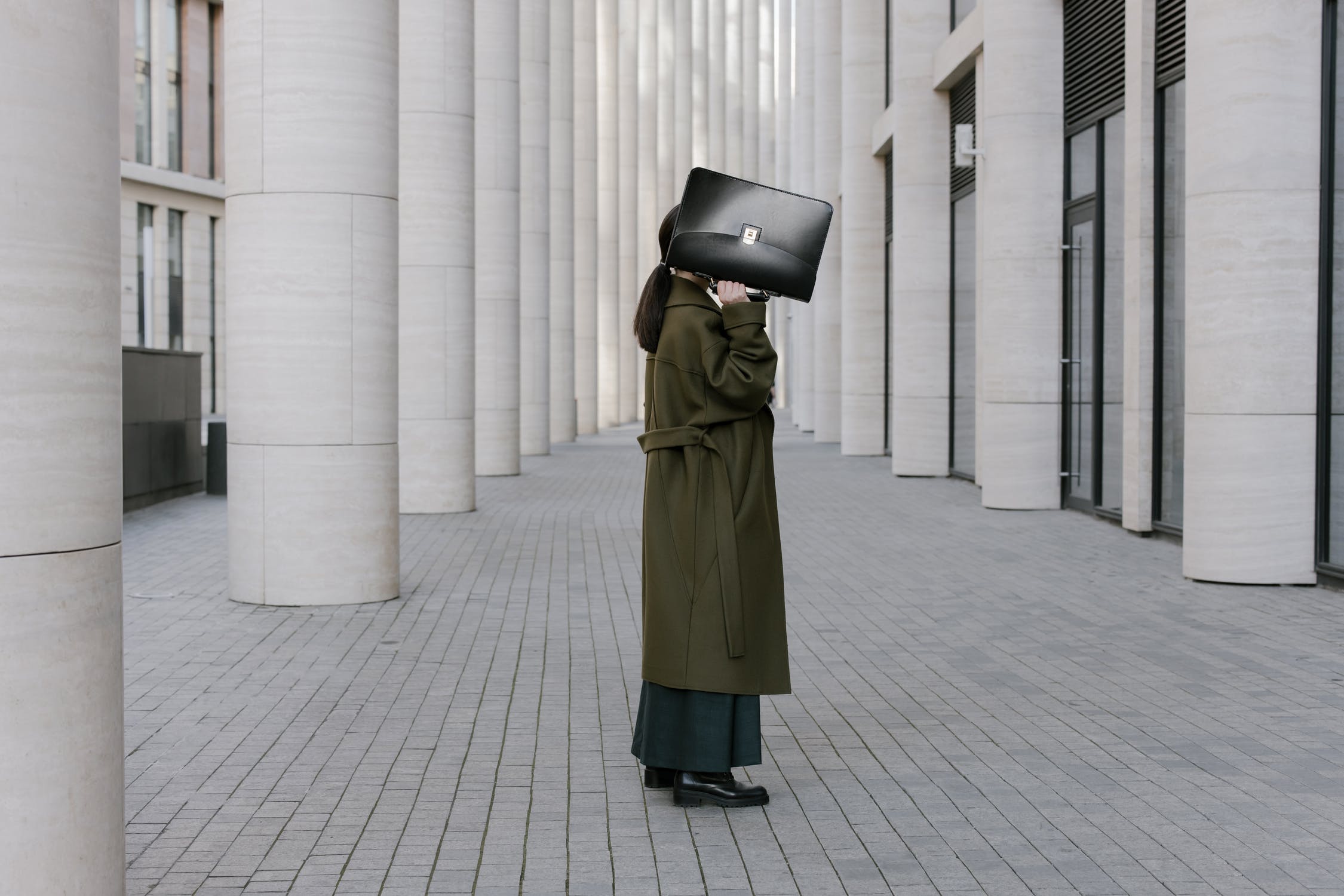 Did you ever see the movie Broadcast News? Albert Brooks plays Aaron, a gifted reporter who longs for glory in front of (rather than behind) the camera as a news anchor. He's secretly in love with Jane (Holly Hunter). Jane, however, has a huge crush on handsome anchorman Tom (William Hurt). At one point, Aaron gets the chance at last to sit in in the weekend anchor spot.

Want to speak dynamically yourself on camera? Learn how to handle a webcam! Get my NEW BOOK on 'the rules' for speaking virtually: The Online Meetings Handbook.

The camera goes live on the big day. . . and Aaron starts sweating in Biblical form. The droplets visibly runs down his face, and his shirt immediately gets dark with sweat. It gets so bad that the production crew tries to hustle him into a new shirt during the commercial break, but there isn't enough time.

It's an hilarious scene, and fortunately, it's fictional. As speakers, we don't show nervousness like that. We may sweat; and our heart may pound. Our breath may get rapid and shallow; and our mouth may get dry. But overall, speaking fear is an internal state. Though it screams out its presence to us, in most cases audiences remain unaware. The reason? — It's highly subjective for us, and completely objective for listeners, who are paying attention to what we're saying.

So take heart, and some confidence, from the fact that it ain't as bad as you think in terms of what you're showing . . . in fact, it's nowhere near as bad. Don't fear that you're showing fear. Nearly always, our attention is elsewhere. Besides, most of us aren't that observant! 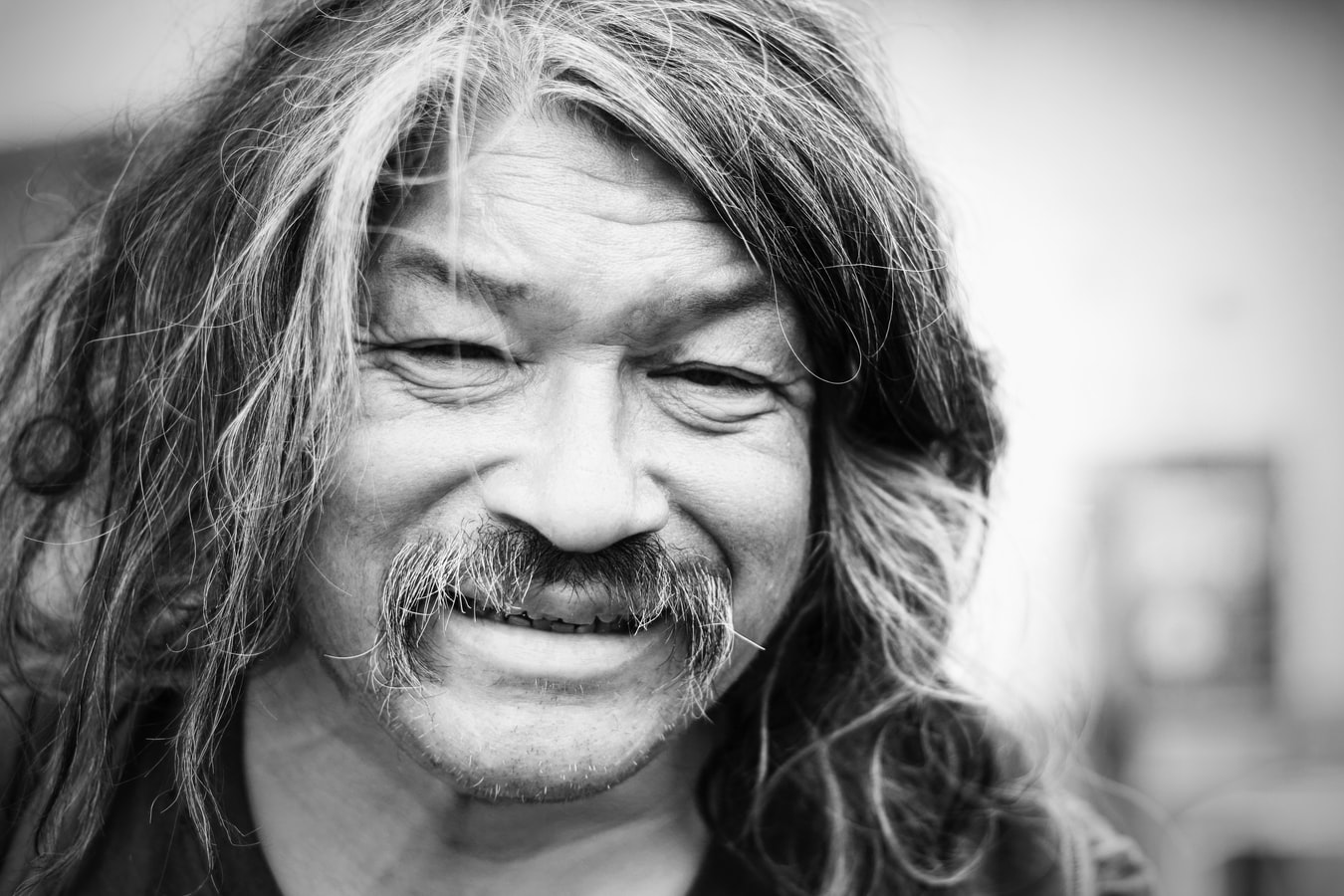 If we do notice, we're not thinking what you you think we're thinking. Many people with fear of speaking believe that if audiences notice, they will immediately think less of their abilities. (It's where that thought I mentioned earlier, of "I shouldn't look nervous!" comes from.)

The thought progression seems to be: "I'm supposed to know this material. Since I'm struggling and everyone is seeing it, they will suddenly realize that I don't know my content. Anything I say from now on will be pointless."

There's no doubt that your performance matters greatly when you speak. So be at your best! Get my Free guide, "Great Speaking? It's About Performance Over Content."

When a client shares this way of thinking with me, I always ask two questions: "How do you feel when you see that a speaker is nervous? Do you suddenly think they're incompetent?" You already know their answer: "No, I feel sympathy for them. I know what it's like to be nervous in front of an audience. Actually, I wish there were some way I could help them."

Don't you feel that way too? Few of us like to watch someone fail in front of our eyes—it's embarrassing, and we wish we were somewhere else. I believe that every audience member instead hopes for a positive outcome whenever they listen to a speech. Who doesn't want to feel that their time has been well spent in listening to a presentation?

How about when you have to introduce yourself around the table? Does that ramp up the nerves? Get my Free resource, "How to Introduce Yourself in a Professional Situation."

Without doubt, unrealistic thinking is a hallmark of speech anxiety, including how others perceive us. But people are on our side more than we think, especially if they see we're in trouble. The claws don't come out . . . the kid gloves get put on.

Tell yourself, then, that most of the nervousness you feel doesn't show. (Point 1 above.) And if it does show, no one will think the less of you in terms of your abilities. (Point 2.) It's another lesson in the virtue, and the essence, of public speaking: that it's not about delivering information. It's about sharing something of mutual value with others.

Click below for "One of the 100 Best Confidence Books of All Time!" 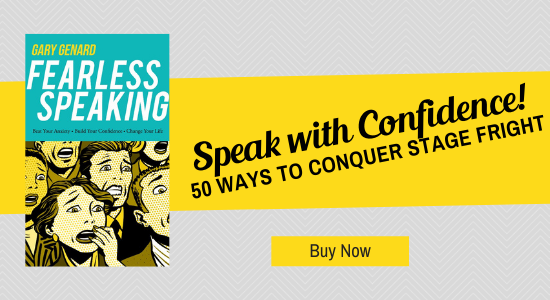 Gary Genard is an actor, author, and expert in public speaking training and overcoming speaking fear. His company, Boston-based The Genard Method offers live 1:1 Zoom executive coaching  and corporate group training worldwide. In 2020 for the seventh consecutive year, Gary has been ranked by Global Gurus as One of The World's Top 30 Communication Professionals. He is the author of How to Give a Speech. His second book, Fearless Speaking, was named in 2019 as "One of the 100 Best Confidence Books of All Time." His latest book is The Online Meetings Handbook, now available on Amazon. Contact Gary here.