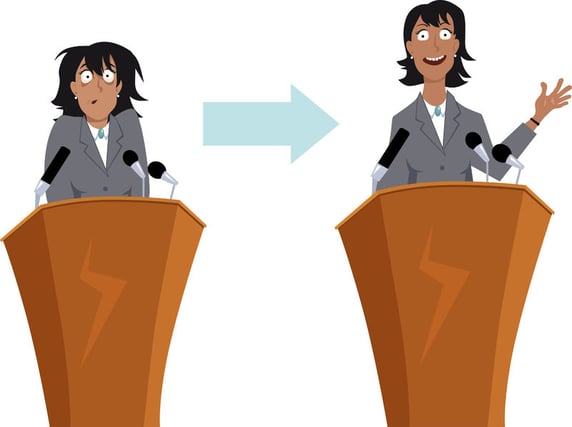 Do you suffer from stage fright during speeches and presentations? Here are 10 quick fixes to improve your focus and boost your confidence!

Twenty-two million Americans. That's an estimate of the number of people in this country who suffer from fear of public speaking.

That figure represents a percentage of the 70-75 percent of people surveyed who report some level of glossophobia. [1]

And then there's the rest of the world.

If you’re a member of that congregation, wouldn’t you appreciate learning how to love public speaking instead?

Public speaking anxiety not only makes you miserable—it can limit your career. Ready to transform your stage fright into confidence? Read a chapter from the book that can help change your life: Fearless Speaking.

10 Practical Approaches to Dealing with Fear of Public Speaking

Learning to love speaking in public may seem like a distant goal. But it's actually closer than you think. As a first step, remind yourself that the topic you’re passionate about is most likely of interest to listeners. And they are listening, not thinking about you and your nerves (or even your speaking skills). Here are 10 “quick fixes” that you can use for even more practical approaches when stage fright comes to call. 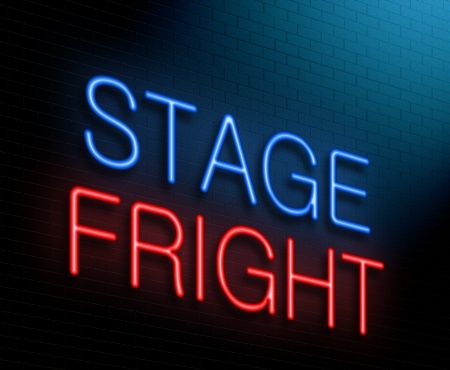 #1 Get your head in the right place.

I’m going to start out with some tough love: It ain’t about you! Speech anxiety is unpleasant enough that you may focus on how awful you’re feeling instead of what really matters: the response of your audience. Put yourself in their shoes and think about what they’re hoping to get out of this presentation. You’ll be on the right wavelength, which is that of your audience.

Modern life with all its gadgets and digital assistants makes it easy for you to becoming a “talking head," which includes breathing shallowly and rapidly. The fight or flight response to any kind of fear exacerbates this type of respiration cycle. To counter these habits, learn how to breathe diaphragmatically. Yes, it will help you to have a resonant voice; but it will also calm you and slow your heart rate.

The longer you stay in negative territory concerning your response to public speaking, the more that place will seem like home. We’re all experts at beating ourselves up and creating negative self-talk. Turn each of your self-destructive statements around by finding the flipside of the negative point you’re focusing on. Create a positive groove you can stay in.

#4 Stand straight and open up your chest.

Posture matters in terms of both your confidence and whether you look like a leader. It’s also a neglected area of body language. Try hunching your shoulders slightly; now stand straight allowing your chest area to come forward as your shoulders drop into their natural position. This tip will help you look and feel confident.

Focus is one of your most important tools as a speaker who knows how to reach and engage audiences. But you’re human, which means off-the-grid thoughts will intrude while you’re speaking. Learn not to engage these thoughts or resist them; instead, notice them and let them float away. Come back to your message and its reception.

#6 Greet your audience, and smile.

One of the most effective ways to feel like you have a relationship with an audience (and therefore feel less anxious) is to take a moment to allow that to happen. You do that in your moment of greeting. Here’s how to start strong by giving your audience a greeting they'll remember. Invest yourself in this moment, letting listeners know that you really enjoy being there. Again, you too will feel it!

Edward Everett was the famous orator who delivered a two-hour address at Gettysburg in 1863. But we remember the other guy, who gave the two-minute speech known as the Gettysburg Address. Ever since then, speeches public and private have been getting more conversational. Your speech nerves come partly from the thought that you’re there to give A SPEECH. In reality, you’ll just be talking to some people. Sounds enjoyable, doesn’t it?

Athletes, chess grandmasters, and theoretical physicists do a lot of visualizing, and you should join them. In other words, learn how to use positive visualization to create a successful presentation. It just makes sense: the more time and effort you spend anticipating positive outcomes, the better prepared you’ll be to respond that way in the real situation. 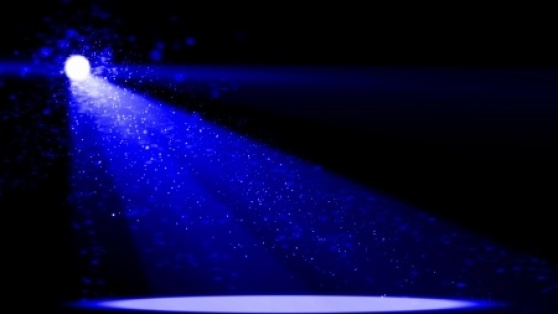 #9 Turn the spotlight around.

This too is a visualization technique. Speaking in public can feel like standing alone in a hot bright spotlight, where every move you make takes place in a harsh glare where you’re naked and vulnerable. So in your mind, turn the spotlight around. Now you’re in the cool dark and the spotlight is on the audience. After all, aren’t you supposed to “illuminate” listeners?

Ever feel like you’re in a pressure cooker when speaking to a group? That’s because the fear response is releasing adrenaline into your bloodstream. It’s called the “fight or flight” response because stress hormones are pushing you to physically fight the threat, or get away fast. If you stand stock-still, the pressure will just build . . . so move! Learn my 5 secrets of powerful body language to be effective in situations like this, and every other one. 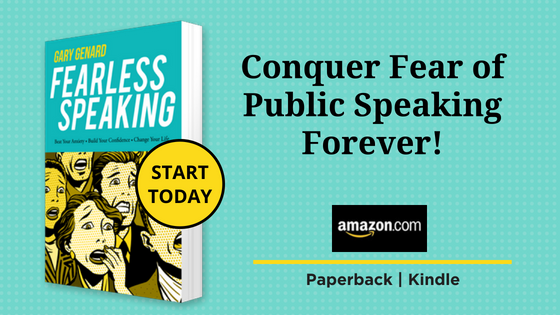