How to Open a Presentation: Tell 'Em What You're Going to Say 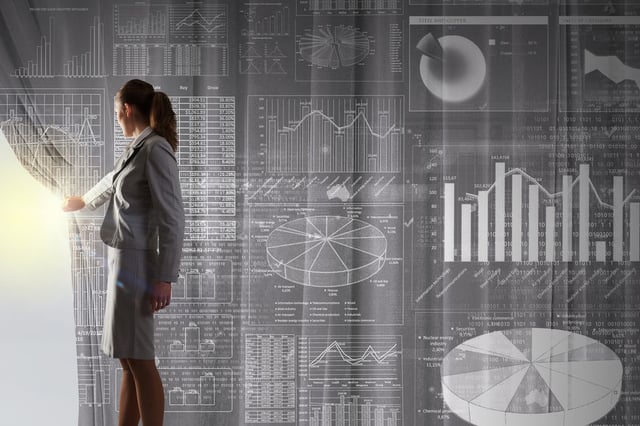 Want some advice from the world's greatest speech expert? Here's how to open a presentation  . . . by telling 'em what you're going to say.

"Tell the audience what you're going to say, say it;

then tell them what you've said."

Sixty-five years after the great speech expert's passing, you'll sometimes hear communication professionals criticize the advice given above. Yet if ever a piece of public speaking scripture needed reinterpreting, it's that simple sentence of Carnegie's.

Let's look at why that's the case.

Got great content? Don't spoil it with language that will reduce your influence! Download my Free White Paper, "25 Words or Phrases to Avoid in Speeches and Presentations."

Tell the Audience What You're Going to Say

The people who criticize the "Tell the audience" three-part saying usually interpret it to mean: "Say something to your audience, say it a second time, then repeat it once more."

Apparently, they believe that people need to hear something a number of times before it will sink in. And they're right that a speaker who repeats anything unthinkingly will lose his or her audience. (Here's how to be a speaker who captivates audiences instead.)

But that isn't what Carnegie was saying. If there was ever an astute observer of human behavior, it was him. So he certainly isn't advocating browbeating listeners. Instead, "tell the audience what you're going to say" means: "Frame your topic in terms of the audience's need, then tell them how, together, you're going to solve that problem."

Great advice for his age and ours. And, incidentally, to be applied whether you'd like to know how to speak effectively in person or how to improve your presentation skills for video conferencing.

Remember, audiences don't know where you're headed. So give them a glimpse of the big picture, then talk specifics. It will allow your audience to relax and know they're in good hands. Say It (Tell Your Story)

Next, tell your story. There's absolutely no doubt that storytelling is one of your most engaging and emotionally fulfilling tools as a speaker.

Use examples, comparisons and metaphors, visuals, case studies, and personal experiences to illustrate your points. What you're doing here, of course, is delivering the topic just as you've framed it in your introduction. That is, you'll be following up on the promise you made to your listeners in the first place. And learn how to conduct an audience analysis so you know exactly what your audience's needs are.

This portion of your talk is important because you're following up on what you promised. It's as simple as that.

Tell Them What You've Said

The standard advice for knowing how to close a presentation is to recap the main points in the body of your speech. Yes, you should do that—though you shouldn't use the same language that you employed earlier.

And anyway, that isn't enough, not if you want to end your talk vividly and memorably. Why offer an ending that's bland and won't stick? What you really need to do is say something that will resonate in listeners' minds long after you've finished speaking. How? Find a way to re-frame what you've been talking about in terms of the audience's needs. Send them away with that. That is, remind them that the valuable time they've just spent listening to you is worthwhile because all of it was related to them.

Have you ever thought about the need to do that at the end of your speeches and presentations? Can you visualize how powerful that kind of ending is in getting listeners to retain and act on what you've said?

Follow the advice above and—who knows?—you may just win friends and influence people whenever you speak in public!

This blog was originally published in 2013.  It is updated here. 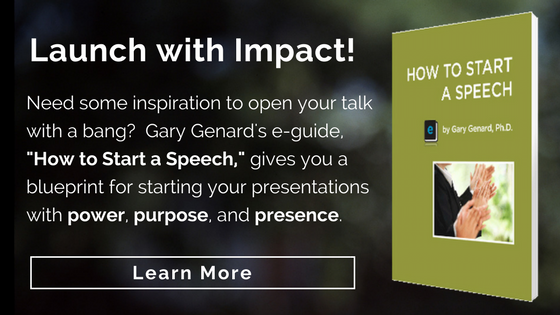 Gary Genard is an actor, author, and expert in theater-based public speaking training. His company, Boston-based The Genard Method offers in-person and online training to help executives and leadership teams achieve true influence. In 2020 for the seventh consecutive year, Gary has been ranked by Global Gurus as one of The World's Top 30 Communication Professionals. He is the author of How to Give a Speech. His second book, Fearless Speaking, was recently named as "One of the 100 Best Confidence Books of All Time." Contact Gary here.