How to Overcome Your Nerves and Speak with Confidence 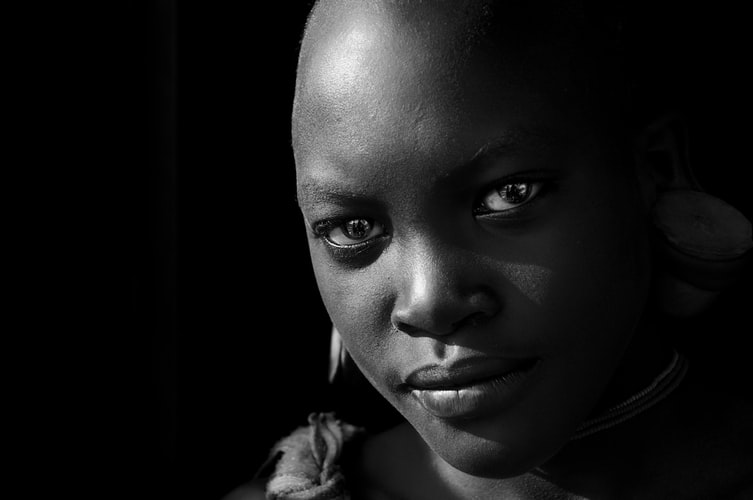 Are you a confident speaker who commands the stage, or do jitters get in your way? Here's how to overcome your nerves and speak with confidence.

Confidence in public speaking is a two-fold asset. It generates self-acceptance and even joy in you as a speaker. And it assures your audience that what you say is worth listening to.

Of all the attributes you can show in spoken performance, two go furthest in forgiving all your other sins in terms of polished skills. One is passion for your topic. The other is confidence.

Ready to elevate your performance to the level of first-rate speakers? Download my free article, "Great Speaking? It's About Performance Over Content."

Recently in this space, I discussed ways to make people have more confidence in you. Now I’d like to address the other side of the equation: how you can overcome your nerves and speak confidently and enjoyably.

What Level of Confidence Do You Need?

Just how confident do you need to be to deliver the presentations, pitches, remarks, and speeches that are part of your job? Can you develop, say, an actor’s level of absolute poise when it comes to public speaking? Maybe not—but then, you don’t need to.

Your task isn’t to be the world’s best. Your job is simply to be sincere about the topic you’re sharing and do your best to get it across to us. If you truly believe in what you’re saying—instead of trying to look good while speaking—it will be easier for you to be sincere and at ease, no matter how big the audience.

The first step, then, is to take your focus off yourself and place it where it belongs: on the people who need to hear what you have to say. And truly, your inherent skills in terms of being a polished speaker matter less than you think. I’ve worked with people who actually had serious deficits as speakers—from problems with stuttering to neurological deficits. And yet they succeeded and even triumphed in fulfilling their role as an honest and earnest communicator.

Discover my award-winning book on overcoming fear of public speaking! 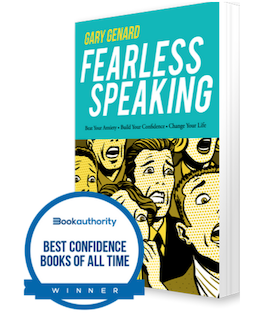 Is It All In Your Mind?

If you’re extremely apprehensive about speaking, in addition to the fear itself you may feel confused. You may have long ago accepted that you’re an expert in your field. So why the nervousness and dread over public speaking? But of course, fear isn't a rational process. Your responses to emotional and social pressures, negative self-talk, and how your body reacts during fear of speaking can all play a role in why you manifest speech anxiety.

British voice coach Patsy Rodenburg, who works with high-profile actors on the English stage, claims that according to a medical study: “An actor going onstage for a press night [when theater critics are invited] undergoes the same tension as a victim in a major car accident.”[1]

That certainly indicates major stress. But for you as a speaker, it also means excitement. Let’s look, first, at how your mind helps create the experience of stage fright, and second, how you can harness its thoughts to put yourself in a positive and productive state instead. 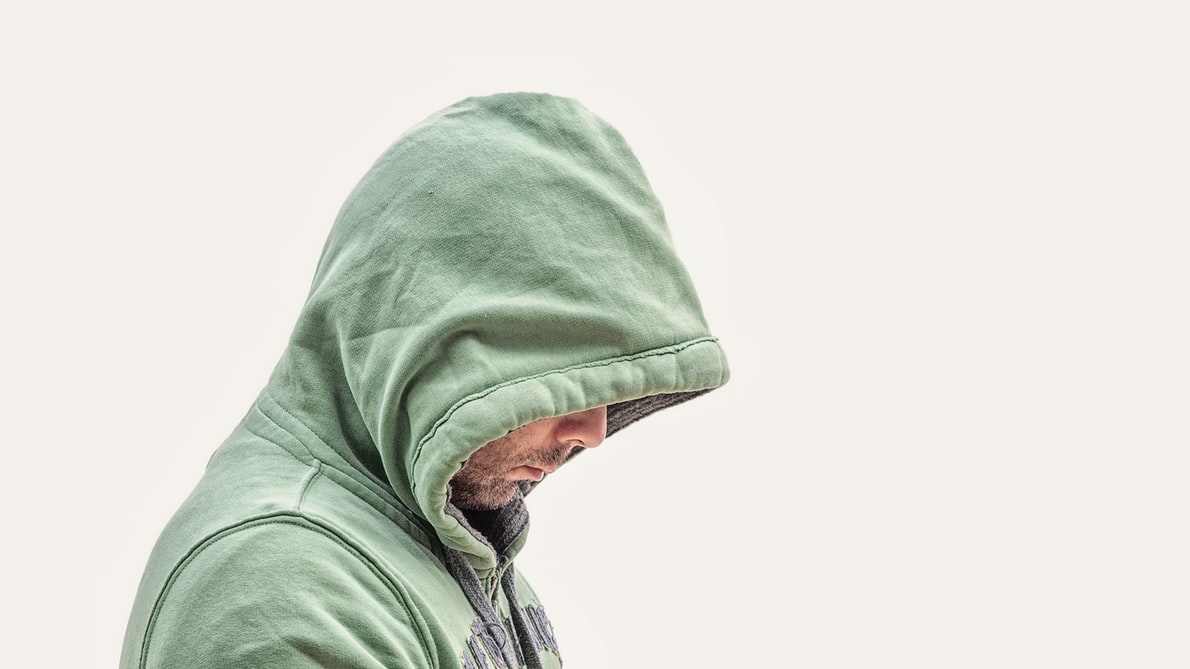 "Negative cognitive bias" refers to the tendency to focus on negative or dangerous outcomes rather than rewarding ones. If you are cognitively biased toward negative outcomes—that is, if you’re constantly looking out for them—you’ll be getting an inaccurate picture of the world. In effect, you will see things as hazardous, even dangerous, not because they are so, but because you are expecting them to be that way.[2]

As Hamlet said to Horatio, “There is nothing either good or bad, but thinking makes it so.”

Which means that it's time to change your outlook when it comes to speaking in public. And one of the reliable ways to do that is knowing how to develop a positive mindset. You can do so by reorganizing your negative thinking. This process is called cognitive restructuring. It means going from a negative reaction where public speaking is concerned, into positive territory.

Here’s how it works: Jot down an example of negative self-talk that you typically use, then a positive coping statement to help yourself instead. "I'm just not a good public speaker," for instance, can become, "I can learn to speak effectively." And, "This is a make-or-break-situation," can be changed to, "If it doesn't go great, it's just one speech." Populate such a list with all your statements. Fill your shopping cart with positive mantras versus negative ones!

Breathing to Calm and Relax Yourself

Now let’s go from the cognitive side of speaking anxiety to the physical dimension. When I coach and train professionals in overcoming speaking fear, I point out that while each of us can manifest stage fright differently in terms of our thinking, we share the same physiological responses. And over the years, I’ve found that the best and fastest way to counteract those powerful physical reactions is through learning how to breathe for relaxation and focus.

For instance, do you hold your breath when you get up to speak in public? Or if you don’t actually hold it, do you breathe more rapidly and shallowly than you normally do when you’re in an anxious speaking situation? Either of these reactions is a common response to stage fright.

Basically, you want to slow the heart rate and deepen the breath. One of the easiest and fastest ways to do that is simply by prolonging your exhalation slightly. Doing so activates the vagus nerve, which slows down the heart rate slightly each time you exhale. So try breathing in a 4-4-6-2 pattern: inhaling for a silent count of 4, pausing for the same amount of time, exhaling for a silent count of six, then stopping the process for a count of two before starting again.

You may find this breathing pattern very relaxing. That's because it's bringing the parasympathetic system online, whose job it is to slow and calm things. Don’t do it when you need to be alert, of course, and feel free to adjust the duration of any of the numbers if you feel oxygen starved so you're most comfortable. But if you can learn to use mindful breathing in this simple way, you’ll give yourself a powerful tool when anxiety is pushing you to lose control.

Next week, I’ll conclude this trilogy of articles on understanding and achieving confidence in public speaking. 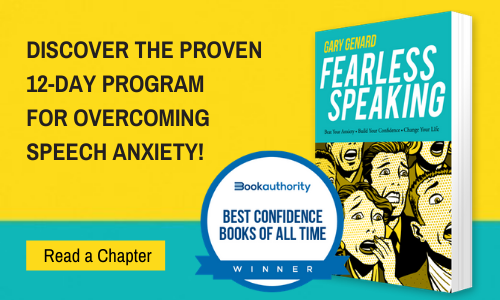