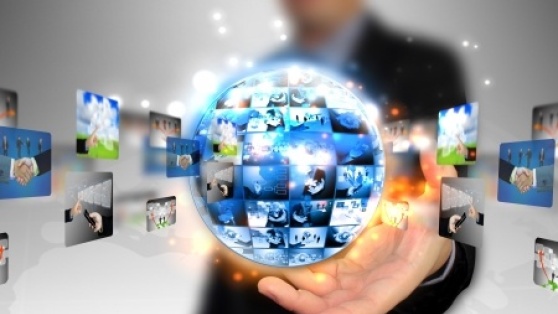 Kevin Clark's Wall Street Journal article on San Francisco 49ers' coach Jim Harbaugh,[1] is an excellent reminder of the importance of clarity in public speaking. The piece focuses on the creative approaches Coach Harbaugh uses to muddle his way through questions or avoid them altogether. And since the 49ers are one of the two teams in this year's Super Bowl, Harbaugh is sure to be responding to lots of questions both before and after the big game.

Among communication skills in general, and presentation skills and interpersonal skills in particular, clarity is often the forgotten member of the family. Perhaps that's because speakers are expected to be clear if they're knowledgeable in a subject. But of course one doesn't necessarily follow from the other. (Do you know the "4 Characteristics of an Influential Speaker"? Download my free cheat sheet here.)

Clarity does pair nicely with another "c" word, however: conciseness. When you're facing a number of questions, such as in a presentation, client meeting, or press conference, you'll do well to not only be clear but brief. It's a Goldilocks proposition: be clear enough and brief enough to express what needs to be said to get your point across. Here are 10 ways to stay fully focused when you speak so you can accomplish both goals.

In that spirit, here are 5 excellent ways to avoid the Harbaugh Effect and speak with clarity and precision when facing questions:

1. (Actually) Answer the Question. Don't be, as Clark says in his article, "allergic to giving out information," and don't practice question avoidance. For an example of what this looks and sounds like, watch a broadcast of virtually any political debate from the last election: local, state, or national, it really doesn't matter. You won't find clearer examples of speakers egregiously avoiding what they are actually asked.

In group workshops, I sometimes use a video clip that demonstrates this tactic beyond doubt. It's a televised debate from the 2002 Massachusetts gubernatorial election between Mitt Romney and State Treasurer Shannon O'Brien. The debate was moderated by the late Tim Russert. I show the first 10 minutes or so of the debate, and then ask the group: "What do you think?" The response is usually along the lines of "She didn't answer a single question she was asked!" To which I respond: "Well, neither did he . . . he was just better at masking it." If you're honest with your audience and at least try to answer the question you're asked, they'll be pulling for you, even if you don't entirely succeed. Here are 4 reasons why Q & A is a presentation tool you need to master.

2. Don't Be Weird. A "seemingly endless bag of non-sequiturs" (Clark) is not to your advantage concerning something people genuinely want to know. Speaking nonsense or contributing something clearly off-topic will not endear you to your listeners, either.

Another example from that same political dogfight featuring Romney v. O'Brien. Moderator Russert asked Ms. O'Brien about a proposed law that would allow 16-year-old girls to get an abortion without their parents' permission. O'Brien supported the provision, and Russert pointed out a few of the things 16-year-olds were not allowed to do legally in Massachusetts. One of the items he mentioned was getting a tattoo, to which the Treasurer responded flirtaciously: "Do you want to see my tattoo?" Avoid such "Ouch!" moments, which will lose you either an election or a considerable portion of your audience.

3. Consider Your Body Language. It's perfectly possible to answer a question accurately, but blow it all with inappropriate body language. Think Richard Nixon's hunched shoulders, Dick Cheney's smirk, Hillary Clinton chopping the air angrily in the Benghazi hearings, or a defendant in court whose smiling sits poorly with a jury.

Eye contact is the sine qua non or indispensable ingredient when answering questions. You should also face your questioners squarely, without angling your body to one side. Lean slightly toward the questioner if you're sitting. And avoid gestures that are too large, tense, violent, or that don't support your statements. Appropriate content, gestures, and vocal qualities constitute the triad that works best in getting listeners on your side.

Here are the 5 key body language techniques of public speaking. And here are 5 body language errors that will sink your presentation.

4. Be Precise. Clarity, conciseness, and precision are similar though not identical members of the same clan. You could, for instance, be concise, i.e., brief, but fuzzy in your answer. Or you could answer clearly but speak far too long, even though you might be entirely precise.

But how delightful for your listeners when you can combine all three elements in your answer! Consider John F. Kenney's response when asked about becoming a hero in World War II when his PT-109 was cut in two by a Japanese destroyer: "It was involuntary. They sank my boat." You or I don't have to be JFK to be effective as a speaker. But we do need to be clear and concise, and avoid vagueness whenever possible.

If you really want to speak dynamically and enrich your relationship with listeners, download my free cheat sheet, "5 Ways to Captivate an Audience."