5 Body Language Errors that Will Sink Your Presentation 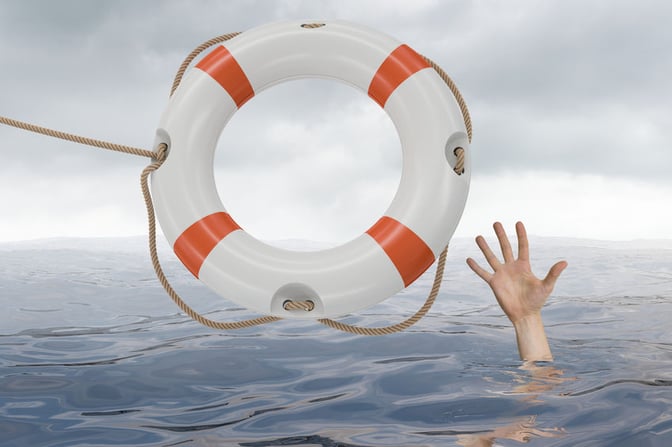 Physical expression is a speaking tool that can help give you smooth sailing. Here's how to avoid 5 body language errors that will take you down with the ship!

Do you express yourself well when you speak? For your answer to be in the affirmative, you have to understand and employ the language of the body.

As you probably already know, there is a lot of paint-by-numbers advice out there on this topic. Most of it concerns reading what other people are showing you. Follow those tips if you want to stay confused and in the weeds.  . . .  "She just tucked her hair behind her ear. What does it mean!" (Here are 20 positive suggestions you should know about instead.)

If, on the other hand, you want to understand how true leaders move when they speak in public, you have to take a different approach. That's what we do at The Genard Method, where I tell my speech coaching clients to forget the how-to advice. How many leaders do you know who hold themselves and move in specific ways because someone told them they ought to do so?

Instead, invest yourself in accepting this general rule: Do what you find natural in terms of movement. Make your physical performance spontaneous yet controlled. In other words, learn how to create natural movement and gestures.

Performance Habits to Recognize and Avoid

Prescriptions for public speaking—do this so you appear natural(!)—simply don't work. It's more helpful to learn how to avoid the errors that will brand you as an amateur. I discuss five of those errors below. Avoid them at all costs if you want your speech or presentation to be engaging, rather than one that elicits sly grins and rolling eyes (now there's an easy-to-read gesture). 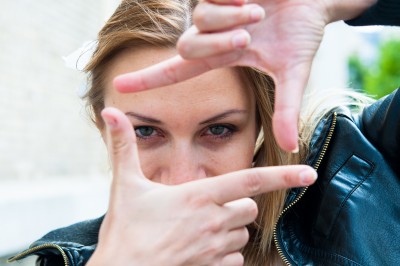 Let's start with eye contact. You've seen this off-putting habit again and again, especially at the start of a presentation: the speaker splits his or her attention between the audience and their notes (or alternatively, the PowerPoint screen). It looks like this: A few words delivered to the audience, then a quick glance down at the page or the screen, some more words to the listeners, back to the page, another remark to the by-now suffering audience, then another glance tossed toward the screen, etc.

What's happening here? Is the speaker's name written on those 3 x 5 cards? Does he or she need to be reminded of the name of their company?

Of course not. The real culprit is self-consciousness. Notes or a PowerPoint deck are familiar objects in a sea of strangers—in fact, they can function as life presevers. But your opening is the moment when you connect with audiences and establish rapport. So they need you to look at them 100% of the time.

Take a look at this photograph:

Although it's from some years ago now, it remains a perfect illustration of the rule that "How you stand affects your standing with an audience." In other words, posture is related to knowing how to command the stage. The person on the left is Sen. Arlen Specter. To his right is Harriet Miers, briefly put forward for a seat on the U.S. Supreme Court by President George W. Bush.

Compare the two. Sen. Specter, with feet planted firmly on the floor and hands at sides, is the picture of the experienced politician, at his ease before the press. But Ms. Miers stance is weak and literally unbalanced. If you stand like this, you'll give the impression that's probably exactly the opposite of what you want to convey in terms of professionalism, poise, and polish. 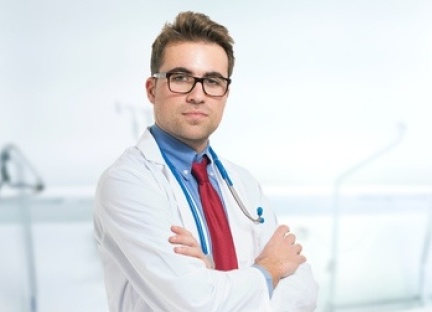 3. Closed Gestures Is a Sign of an Insecure Public Speaker

Self-consciousness often causes us to "close" our gestures when presenting. After all, what ranks with speaking in public to make us feel exposed and vulnerable? So we have to protect ourselves, right?

Just the opposite, of course: we need to open up and reach listeners, emotionally as well as intellectually. But those feelings of unease and vulnerability make us begin to close shop. What those crossed arms and hands-held-together gestures are really doing, though, is alerting the audience that you're creating a barrier between you and them, and hiding behind it. Find out if you're committing any of the 7 deadly sins of nonverbal communication.

4. Poor Use of Space So You Don't Command the Room

Leaders command the space that is due them when they speak. They use the space that's rightfully theirs—for being in the spotlight involves performing on a stage of some kind, from conference room to auditorium.

Shy or reluctant speakers, on the other hand, don't move purposefully. They may even try to diminish their presence, by folding in on themselves to occupy a smaller space. To have a physical impact, fill your space. How? Use most or all of it; approach your audience if you can; move toward your PowerPoint screen; and free yourself from the lectern where that's possible. 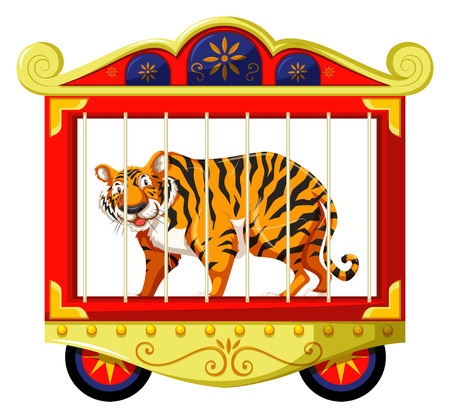 Finally, learn a lesson from the world of bad motivational speaking. If you're saying something interesting, if you're knowledgeable and passionate about your topic, and if it truly meets some need in listeners, what you say will be exciting. A problem arises, however, when a speaker tries desperately to generate excitement where none inherently exists.

You've seen these performances, where the motivator strides (or runs) back and forth across the stage, gesticulating wildly, shouting "Give it up!" or "Are you READY!" Personally, I always feel exhausted by these performances, even though I haven't moved an inch.

Excellent speakers stay grounded in reality, and on the stage as well. You need a physical expression of what you're saying, but it lies more in a secure stance and powerful appropriate gestures than pacing like a tiger in a cage. If you trust the honesty of your message and the moment of connecting with your audience, your listeners will see it that way too.

This blog was previously published. It is updated here.