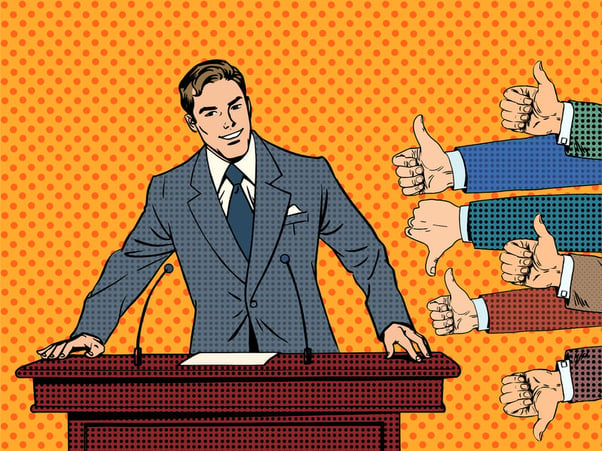 Do you know how to read your audience's body language? You may be missing vital clues that can help you connect with and persuade listeners!

You're conducting training for an important group—let's make it an executive department of the U.S. government. It's a three-day workshop, and you're in the middle of the first day. As you're discussing an important concept, you suddenly notice blank looks on the faces of the trainees. Not boredom, exactly, just . . . a lack of engagement. You've conducted this type of training many times (though this is your first time with this constituency), and you're at a loss as to why this is happening at this point.

So you do something radical. You stop what you're saying, and in effect, step completely out of character. You don't want your audience to be disengaged at this point in the training, but it's clear that it's happened. So you want to understand the reason why, and quickly.

"I think I've just lost you," you say to the government employees. "Can you tell me why?"

And, mercifully, your trainees oblige you. They tell you why what you've been saying for the past few minutes is completely wrong-headed as far as they're concerned.

For audiences to believe in you and what you're saying, you need to be totally focused on the task at hand. You need to command attention in everything you do and say—at all times. Can you achieve that kind of laser-focused speaking? Learn key theater-based techniques that can help you be completely present every time! Download my essential cheat sheet, "10 Ways to Stay Fully Focused When Speaking."

Sound like a disastrous occurrence? Actually, acquiring this kind of information can be a life-saving experience for you as a speaker. 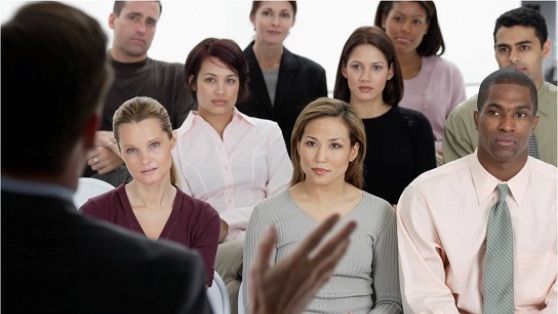 1. Pay Attention to Your Audience's Mood

The above is a true story, which happened to me in 2001. I was conducting my first training for the U.S. State Department. I'd received the nod to conduct the media training workshop on very short notice, and hadn't had enough time to prepare. In addition, this was a highly specialized audience, with quite specific needs when it came to appearing in the media abroad.

Their frank response to my question informed me of why their particular needs as speakers didn't match the information I was giving them. So I took another step into this Twilight Zone of trying to understand my audience and teach them at the same time. I said, "Can we brainstorm a role-playing scenario that has you speaking to the media in a crisis situation in your host country?" They thought that was a great idea—and together, we came up with the Crisis Press Conference scenario. We ran it in that class, and it became a centerpiece of the training I conducted at the State Department for the next twelve years.

But here's the important point: I would never have gained that valuable exercise—and the diplomats wouldn't have gained a worthwhile workshop instead of a mediocre one—if I hadn't been paying attention to their body language.

As speakers, we can't make the mistake of wearing a blindfold when we present, determined at all costs to deliver the presentation we came to give! Your audience, moment by moment, is sending out signals you need to be observing if you're going to continue to connect with them and meet them where they live. Of course, you should do your best to understand your audience ahead of time. Here's how to conduct an essential audience analysis. 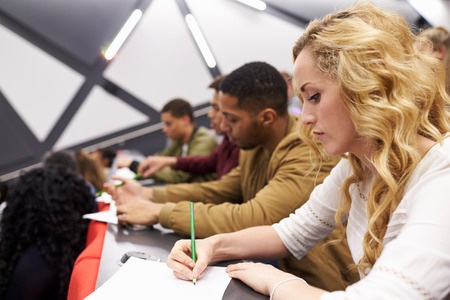 2. Does Everyone Start Taking Notes?

Naturally, it isn't all negative concerning what your audience is showing you! Just as important as negative visual feedback, are the instances where listeners show you that what you're saying is valuable to them. Clearly, one of those times is when the pens, pads, and styluses emerge.

Did you just say something that listeners suddenly think is important enough to write down? It's actually one of the more dramatic ways your audience gives you a vote of confidence. Interestingly enough, most of the times this happens, I've found, it's a universal effect: at the same time, everybody feels the need to memorialize what you just said.

Don't get a big head over it, though; but do make a mental note of this piece of content. It's something you want to make sure you include the next time you give this talk or lecture. (And here's the reverse side of that coin in terms of audience response: 25 words or phrases you should avoid at all costs in public speaking!) 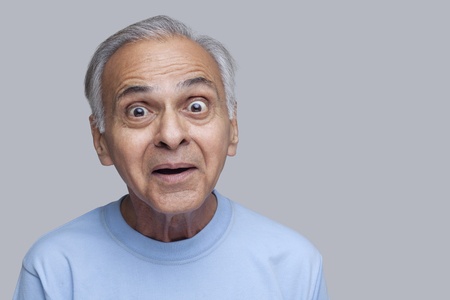 Equally gratifying is the heads-up audiences will give you with, well, their heads. Do faces suddenly appear where up to now what you've been seeing have been coiffures and bald spots? Best of all to you as an earnest speaker . . . are they nodding?

If audience members looking at you brightly and nodding enthusiastically at what you just said doesn't fill you with a warm glow, you are certifiably deceased. The head nod doesn't just indicate that people are suddenly paying attention instead of mentally shopping at the mall. It is actually showing acceptance of the point you've just been making. This is much more than a clue that you should use this material again. It's also giving you insight into the thinking of these listeners. If you didn't have the time or inclination to conduct an audience analysis beforehand, you're now learning something on the fly about this group's mindset and needs.

4. Facial Expressions and What They're Telling You

Did you ever give thanks that, unlike a dog, you don't smell the rear end of everyone you meet to understand whether you know them? The reason for this happy circumstance, is that we humans depend to an extraordinary extent on facial expressions (rather than scent) to be able to successfully interact with others of our species.

Trustworthiness? Motive? Affection or aversion? Comprehension or confusion? Sexual attraction? Impatience? Anger? Happiness? Engagement? Fascination? We see, and process, all of these responses and many, many more through the facial expressions of the people we're speaking to. This aspect of body language is a powerful and reliable tool for understanding and connecting with the people we interact with every day of our lives.

As a speaker, can you afford not to be reading "the windows of the soul" (the eyes) and the other ultra-sensitive facial expressions that give you clues to thoughts and feelings? Speaking in public can bring feelings of self-consciousness, exposure and vulnerability, and the overwhelming desire to do well in the minds of our audience. (To improve those odds, here are 5 powerful ways body language can make you more dynamic as a speaker.) But those reactions can trap you in the Iron Maiden of self-regard as you speak, wondering "How am I doing?" What the expressions of listeners are telling you, far more importantly, is "How are they responding to this?" 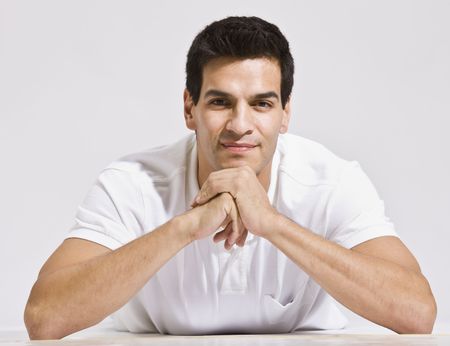 5. Body of Evidence: Posture and Movement

It's true that facial expressions are sometimes subtle, requiring close attention on your part. Fortunately, your audience's body language in terms of posture and movement is writ large (though the self-involved speaker may nonetheless remain oblivious to it).

We all tend to make ourselves comfortable when we're settling in to hear a pitch, a presentation, or extended remarks. Keep this fact in mind when you notice audience members sitting back, resting their cheek on their hand, or wearing a placid expression. Not everyone will be nodding delightedly at what you say. (And you must avoid playing to those listeners exclusively!)

So don't create your own black cloud above you because you think nobody cares. Audiences have been taught all their lives to listen passively (unlike, say, theater-goers in ancient Greece who, we believe, freely shared their opinions out loud concerning actors' talent). They don't, in other words, feel the necessity to demonstrate outwardly when they're inwardly interested.

How significant is it, then, when they sit up and lean forward, cast a glance with raised eyebrow at fellow audience members, or move closer to the screen displaying your slide deck? The answer is that these changes in posture or movement are significant indeed. Every actress knows when she has an audience in the palm of her hand. Be sure to pay attention if it's just happened in your presentation! You're now in territory you should explore further, perhaps even asking the audience a question or giving them some other invitation to participate.