How To Be As Good a Speaker As Your Boss

Do you give a command performance when you deliver a speech? If you want to speak for leadership, here's your chance to be as good a speaker as your boss!

Do you admire the way your boss delivers a speech? Does he or she command a room while speaking with poise, power, and professionalism? If not, perhaps it's your boss's boss who is that kind of speaker.

Over the years, many of my clients have expressed admiration for their boss's speaking abilities. "She's so good at it," and "He's a natural!" are comments they typically make.

I usually believe the first of those statements, but not the second. Let's face it: your boss probably came into the world just like the rest of us did: screaming and crying. What audience wants to sit through that? No, however talented said boss may be in terms of public speaking, she or he needed training and coaching to shape and perfect their natural abilities. What golf pro, classical musician, or elite athlete doesn't have a coach or mentor?

That, then, is how your boss achieved the 'Wow' factor in public speaking. Here are three ways you can get the up-and-comers in your organization to say the same things about you.

When I began my speech coaching practice in 2001, my goal was bringing the techniques of the theater to the world of business speaking. Although as an actor I'm admittedly biased, I believe that actors are the world's best communicators. Who else is so finely trained to express to an audience what they're thinking and feeling, and persuade listeners to think and feel it too? Isn't that the essence of attaining presence and influence on a stage?

As a speaker on behalf of your team, company, organization—or yourself—you need these tools. There's just no other way to say it. Our schools leave us bereft of systematic training in the skill we depend upon most: talking to others and influencing them. However bizarre this seems, it's the reality of today's professional world.

All of which is to say that, with one important exception, there are few differences between the performance of an actor and that of a public speaker. The exception, of course, is that an actor portrays another human being. Yet just like that actor, you talk to audiences large and small in an attempt to reach them intellectually and emotionally. To do that well, you need to be fully expressive and know how to connect with an audience, just like an actor. Somewhere along the line, your boss understood this and learned how to perform. Now it's your turn. Below are two excellent ways, beyond this realization itself, that you can do so. 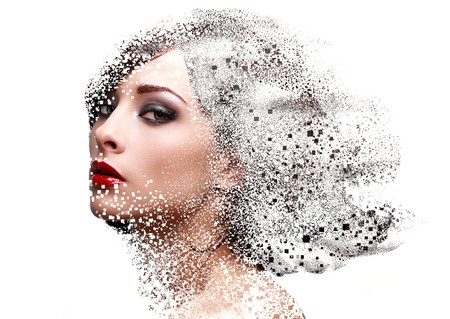 Your Audience Is Your 'Be-All' and 'End-All' (Macbeth)

Here's a nice paradox for you (the theater and performance itself are filled with them): To gain stage presence, you need to forget that you're on stage. That is to say: you can only give a great performance by not trying to do so.

The reason? Simple: It's not about you, it's about the audience. Try to "be good" (or consciously to perform at the level of your boss), and you'll huff and puff until you blow the whole house down. The audience wants only one thing from you, and believe me, it isn't public speaking pyrotechnics. It's to gain something of value they didn't have before, and to feel that listening to you was a worthwhile experience.

Do you think that will happen if you're busy demonstrating your own excellence? Although it may sound impossible and undesirable (and is in fact another one of those paradoxes), the best thing that can happen to you on stage is to disappear. Disappear into your message, that is. An entire world of exciting in-the-moment performance will open up for you if you forget about how you're doing and focus, for all you're worth, on connecting with your listeners. Your boss understood this some time ago, and has been speaking along these lines ever since. She told me so. 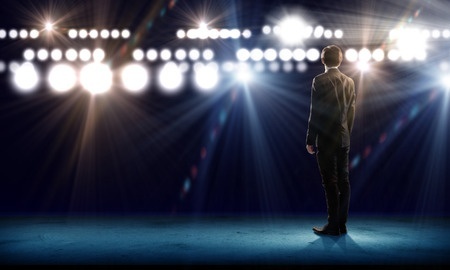 How to Develop Your Speaking Persona

If you buy into what I've written here, and you should, you're probably saying to yourself right now: "Fine. How I do all this?" This business of the juncture of acting and public speaking—the core of The Genard Method that I use to work with clients—can seem a bit confusing. After all, business speakers don't want to turn into actors. So how can they use acting techniques to excel at their presentations while achieving stage mastery?

A key distinction should make all of this clearer: it actually isn't acting, but the concept of effective performance that the theater and your world share. So you don't need to become someone else to rock your own audience. Zero in on being you, speaking at your best. To put this another way, you need a speaking persona.

This isn't you trying to be someone you're not. It's simply bringing your best game to the most important stages. Performances demand a step up from the ordinary, after all. Think of it as your coat of a thousand colors that you put on just before your talk, meeting, speech, panel, or media appearance. When you're wearing that magical outfit, you shine in these appearances.

But be prepared: If your boss starts wishing for stage presence like yours, he may never tell you.