Richard Branson On Public Speaking: The Secret You Need to Know 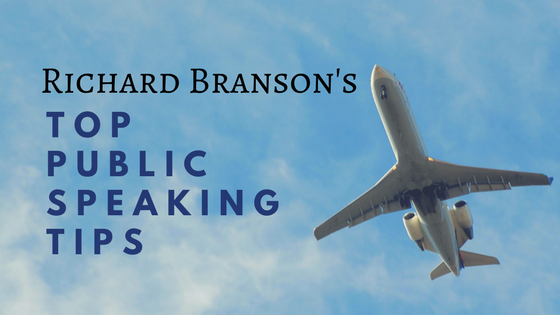 Can one of our era's most visible entrepreneurs teach you how to be a better public speaker?

Recently, entrepreneur, adventurer, and humanitarian Sir Richard Branson, founder of the Virgin Group, shared his thoughts on speaking in public. His piece on the Virgin site is entitled "My Top Tips for Public Speaking." It's a refreshing and humble take on getting in front of others from someone who, despite substantial business success and visibility, remains daunted by the task.

Is public speaking a nerve-wracking experience for you? If so, you're not alone! Millions of people everywhere experience pre-speech jitters. To become a dynamic rather than a nervous speaker, take a look at my theater-based tips for overcoming stage fright. These work, even if you have just 5 minutes to spare. Get in The Zone! Download my essential cheat sheet, "How to Calm Your Nerves Before Speaking."

Because of Sir Richard's humility and vulnerability, his "tips" article should resonate with all of us who would like to be more focused and successful speakers. On the other hand, his central message isn't necessarily the one we should pay most attention to. 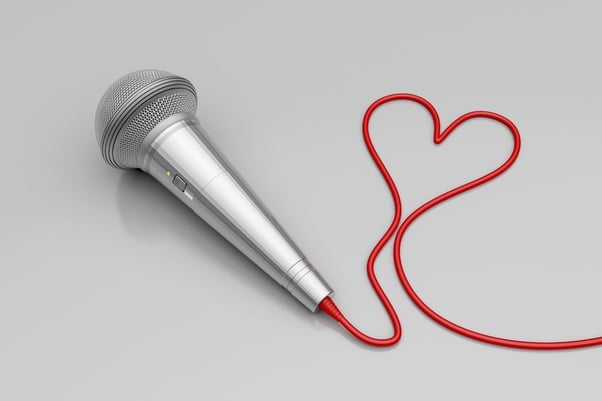 Sir Richard is a fidgety speaker. The nearly constant movement of his arms, hands, and fingers display his discomfort and self-consciousness in formal speaking situations. He much prefers to speak off-the-cuff, incorporating audience interaction wherever possible.

He tells us that because he's nervous speaking in public, and because rehearsed speeches add to the pressure, he prefers speaking from the heart. But of course, those conditions aren't mutually exclusive. Sir Richard may see speaking honestly as protection against vulnerability and exposure, but we need to recognize authentic speaking for its true value: as the essence itself of the speaker-audience dynamic. Here's more on how to achieve emotional power in speeches and presentations.

In fact, in my work as a speech coach, I tell clients that being honest is the best approach of all in allaying speaking anxiety. When you have nothing to hide—and nothing to prove by being "excellent," instead of simply sharing what you're there to give—speaking from the heart becomes the only possible way to succeed as a speaker. So, thank you, Sir Richard, for the right message (from an unexpected direction). 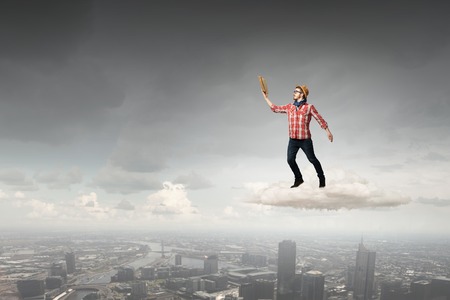 Even If You're a Virgin Flyer, You Still Need Wings

On Branson's next point, however, I find it necessary to break formation:

90 per cent of the time it is better to ad-lib rather than read from contrived speech notes. Even if you forget certain points you wanted to make, the people who are listening always desperately want to hear your passion, not just your theory.

Yes again: passion matters. But not at the expense of well-planned and formulated remarks. Actually, this sentiment is a weakness sometimes found among super-successful people. Whether it stems from anxiety—as it seems to in Branson's case—or arrogance, experts can reason that because they know so much, they can talk at length without notes or preparation.

But a speech is a strategic activity, and each must be designed with a specific audience in mind. So you shouldn't "ad-lib" without notes, any more than you should memorize a piece or read word-by-word from a manuscript. Use key words or phrases to jog your memory when needed. Notes keep you on track, and allow you to be present and responsive—"in the moment"—for every part of your speech. Click here for tips on how to speak from notes or a manuscript. 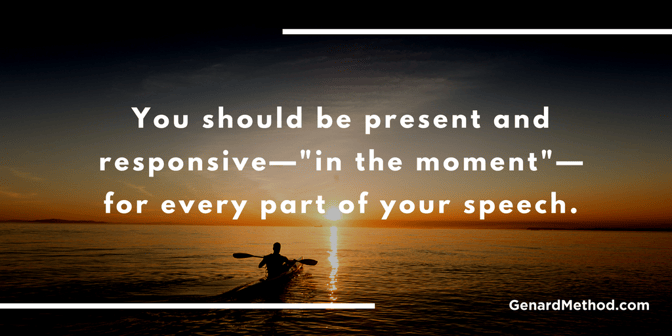 For Enjoyment and Fulfillment, Laugh Together

I'm back on the flight path for Sir Richard's thoughts on using humor in a speech. Come up with witty lines at the beginning and end, he tells us; have a laugh in the middle (with "serious stuff" on either side), and end with a smile.

There's no doubt that humor enriches a speech, puts people at ease, increases your likability and connection with listeners, and lightens the (otherwise serious) learning experience. Wisely, Sir Richard advocates wit and smiles rather than telling a joke: a risky choice that, unfortunately, some speakers have been told they must do to speak successfully in business.

Still, I'd be careful of demanding of yourself that you become a quipster at the start of every speech. Not everyone can fashion wit from the circumstance of the speaking situation. Be gentler on yourself and use humor instead. You'll find humor all around you (including in the situation you'll be talking about), if you open your eyes and ears to recognize it.

As to the most valuable advice Richard Branson offers in his article, I think it's a "secret," but only because he doesn't say it outright. But the tone of everything he does say expresses it nicely: It's to be humble and to connect with people as yourself. Even a world-famous business magnate can become nervous at the thought of giving people something of value in trade for their valuable time listening.