President Trump's Big Speech at the United Nations — How Did He Do? 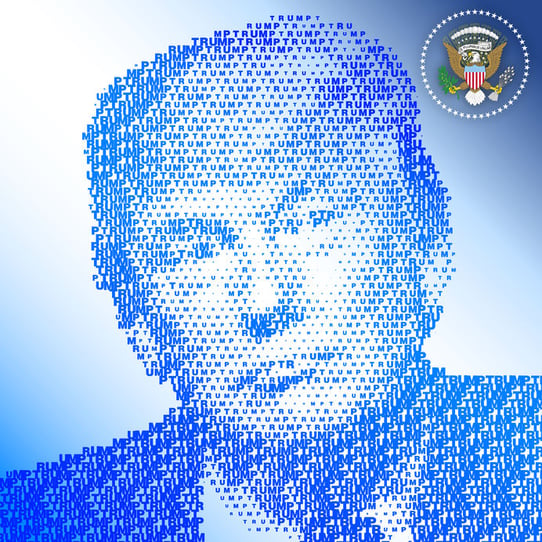 President Donald Trump just gave his first speech at the United Nations General Assembly. How did he do in representing our country?

When Donald Trump speaks, listeners usually find themself at either end of a spectrum.

I'm not talking about political polarization. I'm referring to one of the two speakers who's likely to show up: Street Fighter Trump, or Teleprompter Trump.

Yesterday, President Trump gave his first United Nations speech, in front of the General Assembly. it was a highly anticipated moment in international relations—one filled with future consequences for our nation and the world. Yes, that's how important a speech at the U.N. by the president of the United States is.

What is your response when you're in a high-stakes speaking situation? Are you a presenter who displays total stage presence and command? For audiences to have faith in what you say, you need to display absolute confidence and be completely in control. Learn how with my theater-based solutions, "10 Ways to Stay Fully Focused When Speaking."

Fortunately for posterity, Teleprompter Trump was the guy who took the stage. 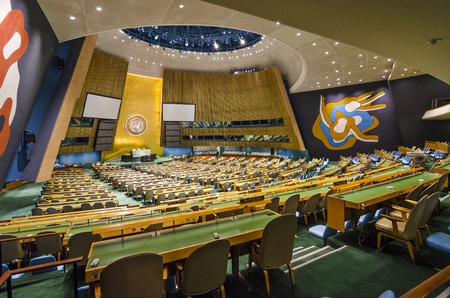 What you will probably hear about the speech is that Trump threatened to "totally destroy North Korea," since "Rocket Man [Kim Jong-un] is on a suicide mission." The President did say exactly that. Here is the context of those remarks, in terms of the five topics covered:

I. The Vision and Mandate of the United Nations: The overarching theme of the first section of Trump's speech concerned the need for—and the United Nations' mandate to ensure—"strong, sovereign nations." The Marshall Plan built on the idea that nations are most secure when they are strong, independent, and free.

II. America's Interests and the Need for Strong Alliances: Much of the pre-speech chatter concerned how firmly President Trump would plant his feet in the "America First" camp. This president is never shy about characterizing the U.S. as a generous and humane nation without territorial ambitions. The surprise was how Trump tied American patriotism to the need for similar sentiments in other nations. (You most likely won't hear much on this connection in other handicapping of the speech.) More on this below.

III. Rogue Regimes: That means you, North Korea and Iran. This is where Trump's pre-fight strategy called for haymakers, and he threw them. "The scourge of the planet today is a small group of rogue regimes that violate every principle on which the United Nations is based." Here is where Rocket Man made his appearance, along with Iran, the type of "oppressive regime that cannot exist forever." In this section too appeared Syria, and the "Radical Islamic terrorism of Al Qaeda, Hezbollah, and the Taliban."

IV. Refugee Resettlement and U.N. Reform: Ever-battered by the perception that he is anti-immigrant and nativist, President Trump advised the world that 10 refugees can be helped in their own countries compared to every one we assist here in the U.S. Uncontrolled migration is harmful to both sending and receiving countries, he claimed, not altogether convincingly. The president played to his base when he accused the U.N. of being concerned not with results, but with bureaucracy and process.

V. Socialist Hell-Holes: Mr. Trump created news with an unprecedented attack on the "discredited ideology" of socialism as practiced in Cuba and Venezuela. Whatever the promises of socialist governments, he said, they have only delivered "anger, devastation, and failure." And here, late in the speech, came Trump's second thunderbolt: "The problem in Venezuela is not that socialism has been poorly implemented, but that socialism has been faithfully implemented." The sustained audible buzz that filled the General Assembly at this remark, is a good indication that this utterance will be remembered.

Was The Donald on his best behavior at the United Nations? Perhaps, because I found only two Trumpist sound-bites hors d'oeuvres to choose from:

Sorry. No meal here for those hungry for this fare. 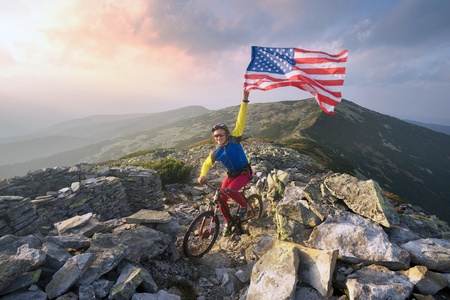 The America First Argument: How Did It Play Out?

The President did surprise elsewhere, however. It had to do with the "America First" argument.

By now, everyone knows that Trump states flat out that his country's needs supercede any international obligations. That stance may give European leaders hives, but Trump backs up his argument when he talks about "mammoth multinational trade deals, unaccountable international tribunals, and powerful global bureaucracies" that for too long have stymied America's interests.

The intriguing connection for me was the way he tied his own patriotism and that of his fellow Americans, to the need for similar feelings in the leaders and citizens of other countries. It's all part of the sovereignty, security, and prosperity he had discussed earlier: nationalism is needed to create strong societies that will not be fearful in seeking out mutually beneficial alliances.

Would you describe this man as a smooth talker in terms of platform skills, who simply can't gain traction with the arguments he's making? Me neither.

On the stump or the dais at the United Nations, Donald Trump displays a meager toolbox of performance skills. You know its contents well: just two gestures—the circle formed by the thumb and index finger, and the open palm (at least he's ambidextrous when using them!)—and a vocal palette occupying a narrow space, with little inflection or coloration.

Two responses here: (1) Most leaders, political or otherwise, work within their own limited range of rhythms, vocal skills, and body language. And (2) When you call a dangerous leader "Rocket Man" on the world stage, do your gestures matter all that much?