Podium Presence: How To Speak To Influence On The Big Stage 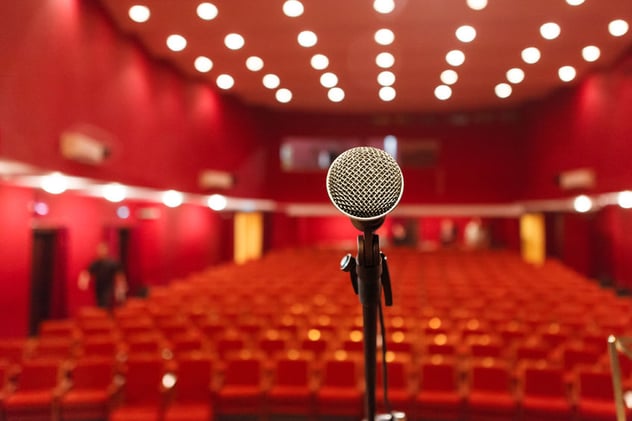 What if you could deliver speeches powerfully with maximum podium presence? That's the way to speak to influence—and here's how it's done.

As an actor and now speech coach for the past 17 years, I frequently work with professionals who are masterful in their field but uncomfortable at the podium. Perhaps 'uncomfortable' is too strong a word. Untutored may be closer to the mark. When it comes to the big stage, these speakers with a large presence in their industry simply feel too small.

High-profile speaking is unfamiliar terrain to them, and they don't know how to negotiate it. Technical expertise and even experience can't bridge the gap between their place on stage and listeners' sensibilities, where their carefully prepared speeches must make an impact.

Do you know how to engage your public speaking audiences from start to finish? Speaking for leadership means crafting a message that resonates with listeners while moving them to action. Prepare to succeed including the essential elements of effective speeches and talks. Download my free guide, "7 Key Components of Successful Presentations."

What I call the Oral Arena of public speaking demands not only valuable content. Even more, it calls for information that's filtered through the insights and emotional responses of the speaker. And, of course, it's necessary that audiences perceive and retain all of it.

The speaker's task is to perform with dynamism and confidence in the performance space—the original orchestra in ancient Greek drama—where this happens. Below are three ways you can develop stage or 'podium presence' to speak with this type of influence on the big stage. 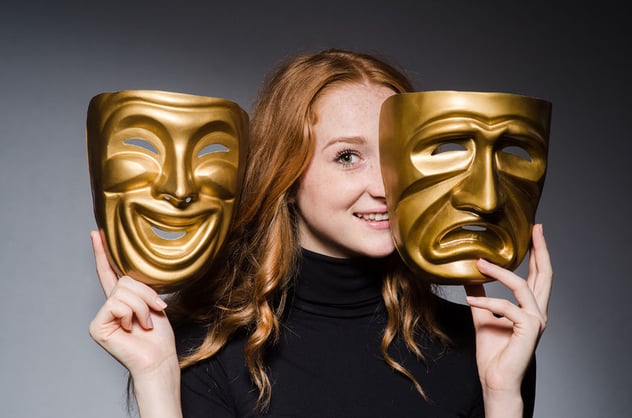 Welcome to the Actor's World

First, accept that the world of spoken performance is vastly different from the written page or cyber-screen. In public speaking, everything is immediate, i.e., it is real-time interaction that's intensely social. Like theater, public speaking is a form of community where everything is shared.

In presentations, the content is actually secondary to the impact of the speaker on the audience. It's the moment of connection—the shared experience—that is all-important. Accepting this will steer you away from an over-concern with information and its visual forms of PowerPoint, flip charts, video clips, etc. In other words, if all of your preparation concerns getting only your content right, you're wasting your time as a speaker.

The essence of public speaking is sharing information with listeners. Back and forth, back and forth—your verbal and physical performance and the nonverbal communication coming your way from the audience constitutes the whole reason everyone is there. So, a prescription for gaining podium presence: spend less time preparing your content, and more time being comfortable in front of large groups sharing your knowledge and yourself. It's a performer's world, and you're the star attraction. 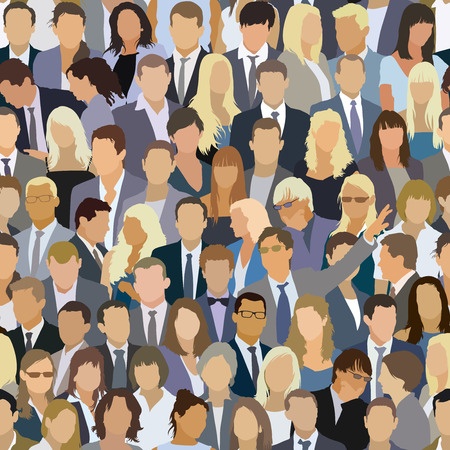 Discover the Power of Audience Dynamics

Now you're ready for the central paradox of both acting and public speaking: You may be the star attraction, but in the end you don't matter at all. Your greatest success, in fact, will be to disappear into your message.

Here's a theatrical comparison that may make that easier to understand. Consider a stage actor (my world as a performer). No actor would approach a performance by trying to be good in the role. The actor understands that achieving excellence isn't possible through any such attempt. How do you play "excellence"? Instead, the actor inhabits the character, reacting moment-by-moment as the action unfolds. The performer aims for honesty not effect.

The same dynamic plays out in public speaking: For you, the audience is the source of the truthfulness and honesty you're seeking. When you speak, your listeners are everything. What matters is audience dynamics, i.e., the way people respond to you and what you say. So of course you must place an audience's reception of what you're saying above the content itself. Just like an actor, you'll be ensuring that your performance is successful. 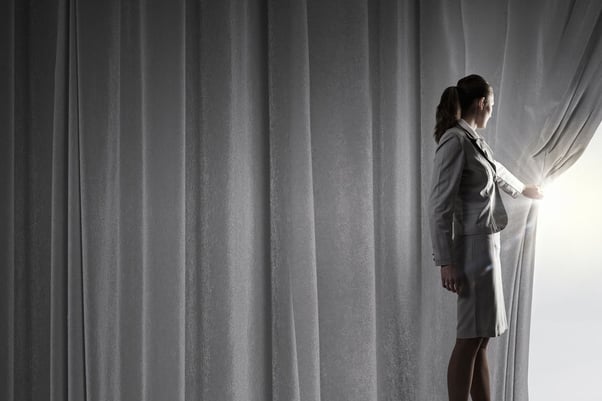 Any effective performance is a step above the ordinary, and public speaking is no exception. Another paradox (the theater is full of them): Just as you should look and sound natural while speaking publicly, you owe your audience a "special" version of you. Speaking on the big stage means more energy invested in reaching out to listeners, and a performance that puts it all on a higher plane than the everyday.

Successful performances are uplifting in a way that non-performance art can't equal. Aren't you excited just before the curtain goes up at the theater, or the lights go down at the cinema? The person standing on the other side of the curtain in a live performance feels exactly the same way! You expect more at such an event, and the performer understands that and is ready and willing to give it to you.

You should feel that way in your own public speaking performance. Notice that nothing I'm saying here concerns what you should say to be successful. That's up to you—and I'm guessing you know what you're about. It's that teasing fact again, that you matter but don't matter. But don't worry: your very own performance persona gets it. That's the person inside you who understands there's an enjoyable connection to be made here, and gets energized to make that happen. So, plug him in, and let her do her thing.