20 Ways Body Language Can Make You a Better Speaker 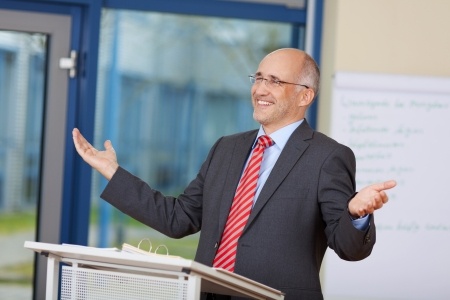 Body language can provide clues to help you understand other people. But it's also a powerful tool for boosting your ability to influence audiences when you speak.

How could it not be so? When you speak, you're a body moving in space. And yes, you should be moving, not standing still. Most of the time that means gesturing. But it can also mean changing your position on stage and in relation to your audience.

Body language plays a huge part in how people perceive you. But it also impacts how you feel about yourself. For an immediate and positive effect on audiences and your own confidence, download my free cheat sheet, "5 Secrets of Powerful Body Language."

Following are 20 ways you can use body language to improve your credibility, persuasiveness, and impact with listeners. In one way or another, they all involve using movement purposefully. Words are never enough when you speak, since nonverbal communication has a powerful effect on how others perceive you. So give yourself a head start on creating the influence you're looking for by getting your body into the act. Here are some tried-and-true ways to do so:

1. Move just before your next key point, and stay there while you discuss it. If you have three key points, for instance, take up three positions in your performance space. The size of your stage will determine how far you should (or can) move. Your audience will find it easier to retain each of your talking points if you give them some help in visual terms.

2. If you're discussing a chronology, move from their left to their right. Let's say you're discussing the history of the company. During "The Early Years" you're positioned to your audience's left. "The Middle Years" finds you center stage; and on "The 21st Century" you've moved to the right. People in the West read left to right, and you can help your audience follow your chronology if you move in this direction.

3. Stand with your feet at shoulder width, and gesture but don't walk or wander. Standing steadfast means you appear steadfast, and so does your message. You, and whatever you represent, can therefore be counted on because both are rock solid. Speakers who wander have all the definition of an amoeba, and they're just as difficult to stay focused on. 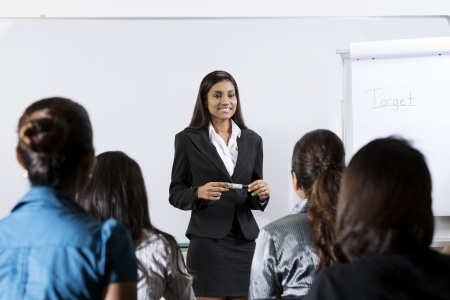 4. Approach the screen or questioners. If you need an excuse to move (and you do), here are a couple of good ones. Going up to a screen is more dynamic than using a laser pointer. And anything that brings you closer to the people you're trying to influence is a good idea.

5. Pro and con. Here's another way to move that's naturally tied to your content. If you're discussing both sides of a question ("Should we go ahead with the acquisition?"), stand on one side of the stage while you discuss the "Pro." Then move to the other side while you're talking about the "Con." If your conclusion lies on the Con side, stay where you are to finish up; if you're Pro, go back to where you gave that part of the argument to deliver your conclusion.

6. Breathe. Yes: it's movement. Specifically, it's purposeful movement when you breathe diaphragmatically. Belly breathing gives you a fuller, more resonant sound, and allows you to project to the back of the room. Boa constrictors take away the ability of their victims to breathe. It's an effective way to take the life out of a speaker. Watch this video about the benefits of this powerful technique.

7. Create visual variety. Audiences naturally have a hard time paying attention. They have to remain passive. Speeches are monologues rather than dialogues. And too much information is delivered verbally rather than visually. In addition to your slides, your flip charts, and the marching band you parade down the aisle (as one of my clients wanted to do!) you yourself must create visual variety through your body language. Make it real and as subtle as it needs to be. But think about it, and do it.

8. Smile. Smiling, in addition to being a pleasant element of a speech or presentation, serves a serious purpose. It fosters audience engagement. Whoever you are or whatever type of speaking you do, chances are you don't smile enough. Here's why smiling is essential for effective presentations. Speaking in public can be nerve-wracking. Just don't let your audience see that it is.

9. The way you carry yourself. Good posture, a strong stance, and fluid, measured movement create the impression of competence and confidence. When you give a speech you are naturally a leader, and audiences need to recognize you as such. Think of it this way: "How you stand affects your standing with your listeners."

10. Stand and move if you're speaking virtually. If you deliver webinars, speak in phone conferences, or do any kind of persuading remotely, you should stand and incorporate movement into your discourse. You need to do so for two reasons: a) your body language is an essential part of how you express yourself, and b) audiences will hear your physical engagement in your voice. It's the same reason you should keep a small mirror next to your phone and smile before you say "Hello."

11. Build in interaction in your attendees. This suggestion is slightly different from those above, because it concerns your audience rather than yourself. Have them incorporate body language into your presentation. If they have to stand for an exercise or demonstration, turn to the person on their left to ask a question, form a circle of trust, etc., their own presence and engagement in your presentation will improve. 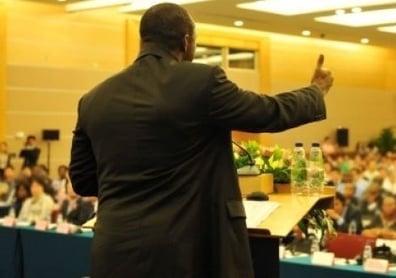 12. Gesture sparingly and in ways that amplify your message. Start with your hands in the neutral position, i.e., at your sides. Bring those hands up when you absolutely have to gesture as you say something important. Then let them go back to "neutral." The gestures you make will be strong and focused, and will give "oomph" to whatever you were saying at that moment. Starting out with one's hands at one's sides takes some getting used to, but it's worth it.

13. Give your audience the whole you. You are more than just your message and the words you are using to convey it. You are a physical presence; and your voice is capable of subtleties few of your other communication tools can equal. When you get your body into the act, the fullness of who you are and what you represent is on full display. So let 'er rip!

14. Boost your own self-confidence. Stand up right now. Imagine you're in front of an audience of stakeholders. Say something out loud that commands their attention and faith in you, but say it in a soft voice and without a whisper of movement of any kind. That shook them up, didn't it? Now try it all again with a strong gesture and some purposeful movement. Which "you" was more confident appearing and effective, Speaker A or Speaker B?

15. Welcome questioners. Did you ever see one of those speakers who skewers a questioner with a pointed finger at fifteen feet? "Who has a question?  . . . Yes, YOU!" Painful to watch, isn't it? There used to be a spokeswoman at the Pentagon who did this in press conferences during the 2003 invasion of Iraq, and I always thought how awful it was until I realized maybe that's just what the DOD wanted people to think about the American military. I suggest that you avoid this kind of bloodbath, however. Gesture toward your questioners with an open palm, as if you're saying, "C'mon in. I'm not going to bite." 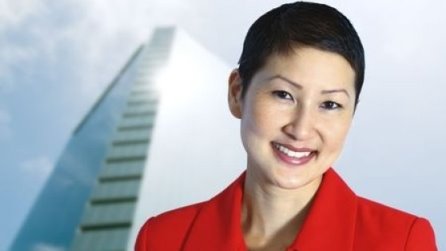 16. Facial expressions give clues to your trustworthiness. Animals depend upon their sense of smell to recognize others, but we use facial features. We also judge a person's honesty and their intentions by the subtle changes of expression they display. Audiences even find it hard to be persuaded by a speaker who doesn't use good eye contact. Be aware that your countenance should gel with what you're saying. Practice with a mirror. And if you lack facial expressiveness, try to get something going, at least with your eyes.

17. Watch your audience. Too many speakers wear blinders when they speak, trying above all to just get through their presentation. Anxiety produces that response, but public speaking doesn't really work unless the speaker notices whether he or she is getting through to the audience. This is one instance where their body language can influence your own.

18. Stay open. Avoid the fig leaf position, "washing the hands," the church-steeple effect, or anything else that has you crossing or clasping your hands in a way that closes you off from your listeners. You need them to stay open to your influence, and you have to model such openness for them first. When you and I speak, we're exposed: there's no way around it. From that exposure and vulnerability arises true influence.

19. Eye contact. You knew this one would be here somewhere, didn't you? Some people fear that making eye contact with audience members will throw them off track. But people are the reason you're speaking, after all, and connecting with them should help not hurt your concentration. Use solid eye contact throughout your presentation, but especially in your greeting and opening remarks. That's when the rapport with your listeners needs to take flight.  To dramatically improve your eye contact, use this technique.

20. Show your enjoyment. Generally speaking, audiences respond in kind to whatever you do or show them. Be the picture of grim determination when you speak, and your audience will find a way to hurry off to that root canal they've been putting off. Look like you're having a blast, and chances are they will too.