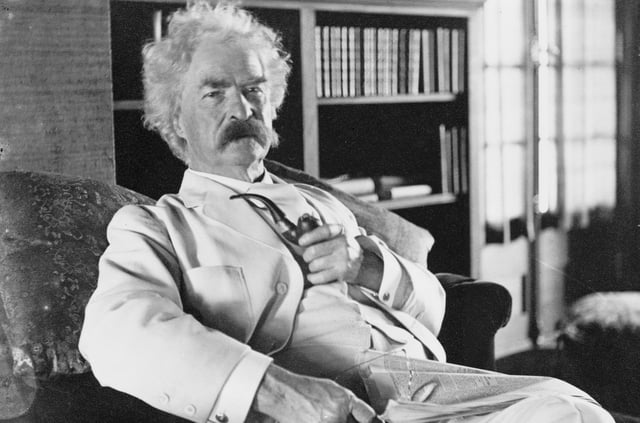 “I didn't have time to write a short letter, so I wrote a long one instead.”  -- Mark Twain

When it comes to presentations that wow audiences, you can't do better than learning at the feet of an American master: Mark Twain. (To speak engagingly to your own audiences, download my free cheat sheet, "5 Ways to Captivate an Audience.")

No one lived a more interesting life—and nobody wrote about what he lived so entertainingly. Also known as a great after dinner speaker, Twain (1835-1910) entertained audiences around the world with his unique mix of sophistication and homespun humor.

If it's storytelling techniques you're after, you won't find anyone who could spin a web more succintinctly or engagingly. Speaking of conciseness (and speaking concisely), the quote at the top of this article is a clue to Twain's work ethic. Like all good humorists, he labored long and hard so that his stories could emerge short, sweet, and precisely on point.

Getting the Great Man on Your Side

As someone once said regarding using quotations in speeches: Why not bring brilliant and famous people up on stage with you? One of the most companionable and effective speaking partners available is the man who grew up in Hannibal, Missouri.

Here's a sample of some of the best Mark Twain quotes that will help enliven your talks, lectures, keynotes, or remarks at the next mining camp (an early source of employment for Twain) you speak at.