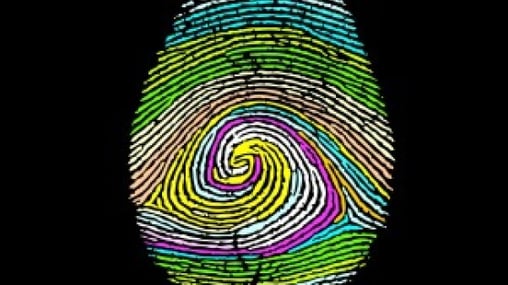 Recently, one of my speech coaching clients reported a breakthough she experienced as a speaker. She had recently traveled as part of a delegation to meet with a high-profile political leader abroad. In fact, she'd been chosen to represent the group in a 1:1 discussion with the leader while the rest of the group and an audience looked on.

Understandably, she was nervous, believing that she didn't possess the polish and professionalism to do the interview justice. (To speak with influence and impact in your own appearances, download my free cheat sheet on "The 4 Characteristics of an Influential Speaker.")

But she was very pleasantly surprised. She not only acquitted herself well—but others in her professional community have been raving about her appearance since. It didn't start out that way, however. She was anxious and self-doubting and of two minds about her appearance. Those are reactions many of us have when we speak. But let's look at why she excelled in her presentation, and why the same can be true of your next appearance as a speaker or presenter.

If You Have Something to Say, You'll Be Listened to and Remembered

The first obstacle my client faced, of course, was her own self-doubt. The second appeared in the person of the political leader's scheduler. This turned out to be a hyper-active woman who laid down the law in no uncertain terms concerning the rules of the two-person panel discussion between my client and the premier.

"You'll have exactly 10 minutes," she warned. "And when you see me make this gesture [very much like the familiar hand-across-the-throat], that means you'll have to end." Naturally in the face of this onslaught, my client lost her self-possession completely. In fact, she experienced a near panic attack, and began furiously crossing out major portions of the remarks she'd prepared. (If you need to recover with only minutes to spare, here's How to Calm Your Nerves Before Speaking.)

Just before being ushered into the leader's presence, however, a calm came over her. She put away her pencil—but not before making use of that pencil's eraser. She decided to stick with her prepared remarks (after all, she'd prepared them carefully). And that's what she did.

Her first thought upon meeting the august personage, was that he looked exactly like his photos. After that reaction, she forgot that she was supposed to be awed and began enjoying their conversation. Forty-five minutes later, the discussion concluded to great applause. And when my client looked around for the scheduler, she was nowhere to be found.

As she finished reporting her triumph to me, my client said something that I think is profound:

"You don't have to be the best speaker. You just have to deliver your message and be yourself."

Has anything simpler or more accurate ever been said about effective public speaking? We think of speeches, presentations, keynotes, prepared remarks, pitches, client updates, reports at meetings and other forms of public speaking as though they had quotation remarks around them. We think this way even though, as Erving Goffman reminded us in his book The Presentation of Self in Everyday Life, we're giving performances of all kinds day in and day out as the situation requires.

To rise to the false standard of a Speech (with a capital "S") or Presentation (with a capital "P"), we try to be good or even excellent. But here's a test: The next time you speak to a friend or a colleague, take note of whether you're trying to be anything at all. The chances are much better that you're just doing your best to communicate an idea.

In other words, you're being honest with yourself and your audience.

That's what my successful client was doing, once she let go of the false desire to be "good enough" to speak to that politician. He was as human as she is, and what interested him as well as her was a good conversation.

So the next time you give a speech or presentation (with a small "s" and "p"), treat it as a conversation and just talk—to the one person you're sitting across from or the 200 people in the audience. You'll not only come across at your best. You'll be giving them exactly what they came for: someone speaking to them honestly and plainly. And in the world of public speaking, that's what true charisma is all about.