PowerPoint 'Gold': How to Create Powerful and Persuasive Slides 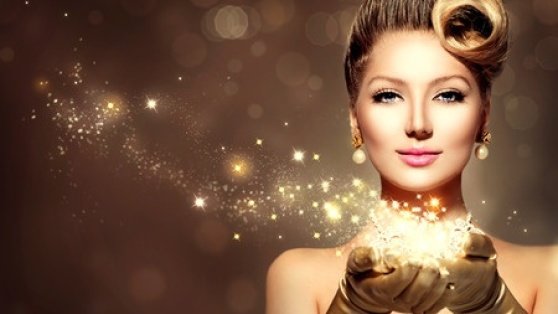 Want to use PowerPoint with maximum impact and persuasiveness? Here are two simple yet powerful techniques you need to know!

Did you ever think about the amazing paradox concerning how presenters use PowerPoint?

PowerPoint is primarily a visual tool. Yet most speakers fill their slides with verbal content. Doesn't make much sense, does it?

Are you guilty of giving lackluster PowerPoint presentations? If so, it's time you gave yourself a break! Learn how to tell your story, engage and persuade listeners, create strong slides . . . and even use PowerPoint's "secret weapon." Discover the art of effective visual performance. Download my free cheat sheet, "5 Rules for Succeeding with PowerPoint".

Bill Gates vs. Steve Jobs: How to Use Images in PowerPoint

A side-by-side comparison I saw recently made the above point beautifully. On one side was Bill Gates using PowerPoint, with a slide behind him showing four or five bullet points. In other words, a "typical" PowerPoint slide. On the other side of the screen was Steve Jobs. He was standing center stage, and behind him was . . . an image. No bullet points, sentences, or busy graphs. Just a single image of an iPhone. 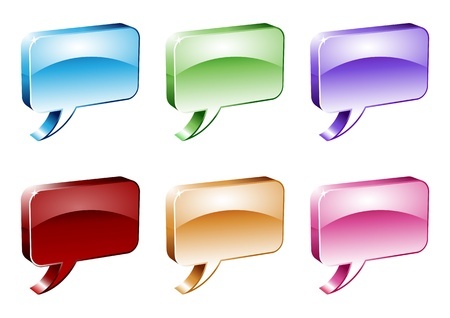 PowerPoint and Language: Be Careful!

There's a reason speakers create PowerPoint slides filled with words: these speakers are simply more comfortable with language than visual designs. That's not a surprise, since we've all spent thousands of classroom hours learning how to read and write, and little or none of that time learning the graphic arts.

But given the stubborn fact that PowerPoint is a visual tool, we'd all be better presenters if we thought and created more along visual lines. Even if you don't learn to do so, though, you can certainly create more effective slides using language. In fact, there are two critically important ways you must use language effectively when presenting with PowerPoint, regardless of how talented you are in creating visually engaging presentations.

Use them, and you''ll become recognized as a powerful presenter who knows how to speak persuasively. Here they are:

1. Use Title Slides for More Impact in Your PowerPoint Presentations

Did you ever watch a silent movie? If you have, you realize how important title slides are to helping viwers understand what's happening on the screen. Deprived of the ability to be heard speaking, silent movie actors became masters at using physical expression to display emotion, intention, and motive. In fact, if you want to understand how body language works with audiences, watch some silent films and learn from the real pros.

Speaking of increasing your influence through body language, learn the secrets of using movement and gestures effectively in any situation. Download my essential cheat sheet, "5 Secrets of Powerful Body Language."

But physicality isn't everything. And so silent movies used title slides to inform movie-goers concerning what was taking place in the story. Here are some title slides from the 1923 silent classic, The Hunchback of Notre Dame, starring the great Lon Chaney:

"Notre Dame, the Cathedral Church of Paris [image of church]: A spiritual haven in a brutal age . . . a sanctuary where the persecuted could find protection."

"Esmeralda, a child of mystery . . . whom Clopin bought from gypsies and raised as his own."

"Our day is coming, when we'll bow our heads to no man!"

Like silent-movie fans, audiences in business presentations also have to absorb large amounts of information. Instead of showing slide after slide filled with bullet points, employ the second tool for using language effectively in PowerPoint decks: effective slide headings. In just a few words, you can alert the audience to what is coming next, so they'll primed to place this information in its proper context and to remember it afterwards. 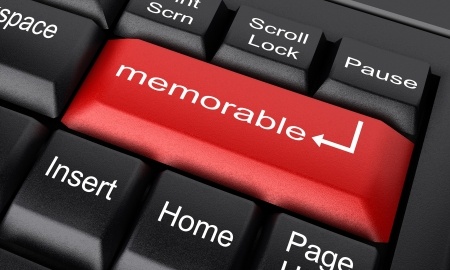 2. Effective Slide Headings in PowerPoint Will Help You Accomplish Your Purpose

If you currently use slides with that display headings such as Agenda, Introduction, Thank You, and Any Questions?, you're wasting a golden opportunitie to persuade listeners and advance your story as you speak.

Headings like those above are boring and achieve nothing. Audiences have seen them a thousand times; and besides, what is their purpose? We can clearly see from the content of a slide that it shows an agenda. And the word "Introduction" is equally obvious (and in this case, probably unnecessary).

Instead, start the process of informing, persuading, inspiring, or activating the audience right away, by using the heading on the slide itself to help get your message across. For instance, instead of the word "Agenda," my slide in a recent public speaking training I conducted read:

What the slide actually showed was an agenda. But I intended that slide to help persuade the workshop attendees that the day-long training that had just started would be worth their time. A slide headed "Agenda" would, I think, have had less chance of doing that, instead starting the workshop off blandly.

So rather than a slide that reads "Introduction," ask yourself what you actually want to introduce and how you're going to launch the first part of your talk. That is, get listeners on the right wavelength immediately. For instance, one of my recent slides along these lines read:

5 Ways to Speak as a Leader

That one introduced the approach I was going to take with the material that followed. Another slide read:

Find a Physical Expression for the Words You Are Saying

since it introduced a section on using body language in public speaking.

The Language that You Use in PowerPoint Should Further Your Purpose

As always when you use PowerPoint, the story you tell, and your passion and skill in telling it are critical to your success. As part of that process, why not use the two simple tools above to enrich your talk and, far more important, use verbal content to further your purpose?

Thank you. Any questions? (Imagine you just heard me saying those last two words, instead of seeing them, lonely and a little forlorn, on a plain PowerPoint slide.)