Acting Skills for Business: The Art of Persuasion 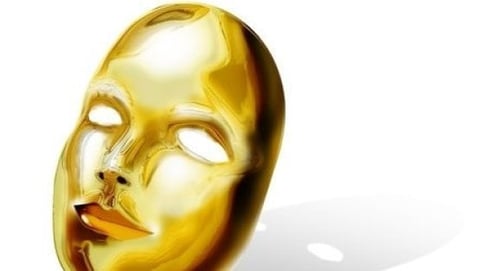 Acting matters to your business career—and not only in terms of stage presence. In fact, it matters more than you realize.

There’s the obvious reason, of course, that when you give a speech or presentation, you’re performing. But it goes deeper than that. The persona you show an audience is the essence of everything you display that goes beyond content. And that’s a huge determinant of your success. In the end, it’s the equal to whatever else your audience experiences from your appearance. It’s also a more direct route to the influence you’re trying to achieve.

(To be a memorable speaker who engages and inspires audiences every time you speak, download my free cheat sheet, “5 Ways to Captivate an Audience.”)

Let’s look at how you use the art of persuasion in the acting performances you think of as your business presentations.

David Thomson, a writer on theater and film, has just published a book titled Why Acting Matters. Actor and director Simon Callow discusses the book in this week’s Wall Street Journal in a review titled (to refer back to the phrase I used above) “The Art of Persuasion.”

Thomson’s book discusses acting and actors in terms of the public’s ongoing fascination with the topic. But the book, and Callow’s review, got me thinking along a slightly different line: why “acting matters” in business.

Readers of this blog know of my interest as an actor in the meeting place of public speaking and performance. Actors and business speakers, in fact, so often take part in the same activities—engaging, influencing, and moving audiences—that sometimes it’s difficult to see daylight between the two.

There are differences, of course, including the most important one that actors play other people while business speakers play themselves. But the primacy of the performance itself in both cases can’t be denied. And that’s what I’d like to discuss in this week’s blog. 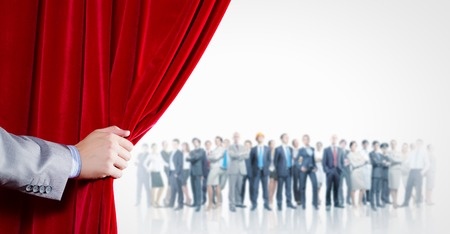 The Paradox of Acting and Business Presentations

Callow reminds us that actors are an integral part of our culture, mentioning Thomson’s observation that the characters played by a well-known performer are second in importance to “the constant of the actor.” To Thomson, the famous twentieth century actor Laurence Olivier is an example of this effect, a “great pretender: not aspiring to be the character, simply to play him. He assumed a character like a garment,” as Callow characterizes Thomson’s thinking.[1]

You, of course, play yourself when you speak in business. But the idea of wearing a part like a garment is the same paradox you work within when you speak in public. Like an actor, you “wear” a speaking persona in your presentations, which must still be rooted in your real personality. That’s the part of the equation that makes you trustworthy and worth believing in the audience’s mind.

Like any actor, you must persuade yourself first before you can persuade the audience.[2] Do that, and your performance persona will be true to the nature of your subject as well as your audience’s needs. And you won’t have to worry about achieving “excellence.”

Here’s how to speak with the 7 leadership qualities of great speakers to achieve the charisma and executive presence that will raise your talks above the ordinary.

Shakespeare and Business Presentations: Why You Matter More than Your Content

As in so many aspects of effective spoken performance, Shakespeare has something valuable to teach us here as well. Shakespeare raised the “potential of acting beyond any other playwright because the nature of being and acting was itself the Shakespearean subject.”[3]

In the same way, your performance in a presentation is itself the subject of the talk, as much as your content. Otherwise, why are you delivering the speech at all? — You could much more easily give the content to interested parties without having to be present to discuss it!

So act when you speak, not as a character but as yourself at your very best. Your audience doesn’t only desire this, but needs your content to be filtered through you. You can place it all into context and tell your audience why it matters to them. In fact, you are the only one who can do so in the speaking situation.

Be yourself. After all, it’s the performance of a lifetime.

[3] David Thomson, Why Acting Matters, quoted in Callow, “The Art of Persuasion,” C6.