Abraham Lincoln and Stage Fright: How to Overcome Fear of Public Speaking 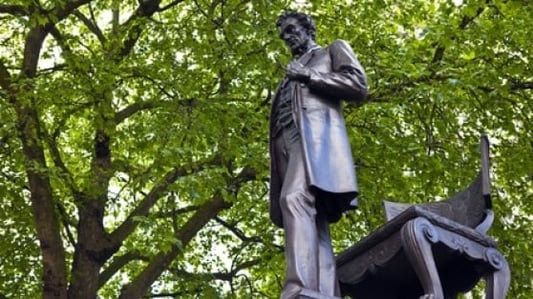 The recent headline is startling: “Unpublished 1860 letter by Abraham Lincoln Shows ‘Nervous’ Side.” And if that doesn’t surprise you, this might: Lincoln reveals in the letter that public speaking is the cause of his nervousness.

Did our nation’s greatest orator really suffer from stage fright, just like so many of us today? The answer appears to be yes . . . and the news contains an important lesson for all of us who speak in public.

(To be a dynamic rather than a nervous speaker, download my free cheat sheet on using theatrical techniques to conquer stage fright, “How to Calm Your Nerves Before Speaking.”)

Speech Anxiety:  A Mix of Visibility and Vulnerability

Lincoln wrote the letter on March 6, 1860, after he had delivered a high-profile speech at Cooper Union, the science and art college in New York City. His speech, on the need to control the spread of slavery to the territories, had an  “electrifying” effect on his audience.[1]

In fact, the speech vaulted Lincoln onto the national stage—even more so than the famous Lincoln-Douglas debates two years earlier. And that, it seems, is how stage fright entered the picture.

Following the Cooper Union talk, Lincoln was invited by a Republican political committee to speak in New Jersey. In the letter, Lincoln declines that request, calling himself “nervous and unfit” to fill a speaking engagement already made in Connecticut.[2] Lincoln, in other words, is experiencing a classic symptom of speech anxiety: the combination of visibility and vulnerability.

Here's the full note from Lincoln:

Yours of the 2nd was received late last evening. I cannot speak in New Jersey this time. I have over staid my time—have heard something about sickness in my family—and really am nervous and unfit to fill my engagement already made here in Connecticut. Will you please excuse me?

Lincoln’s Example of How to Deal with Stage Fright

You or I probably aren’t going to be speaking about America’s identity to a national audience. But we can learn something important from our greatest speaker concerning how to deal with stage fright.

The clue is in the Cooper Union speech itself. Read the talk today and you’ll see a dry recitation of Congressional votes on the question of slavery in the territories. Lincoln was a lawyer, after all. But it’s in exactly that effort to set the record straight that Lincoln gives us a hint of how to deal with speech anxiety.

To Overcome Fear of Public Speaking, Look to Your Message

We all know that Lincoln was a great speechwriter; but in this speech, he plays it plain and straight. There are no rhetorical flourishes (with this exception: “groping for some middle ground between the right and the wrong, vain as the search for a man who should be neither a living man nor a dead man”).

Lincoln is simply trying to get his message across, in language that is simple and impossible to deny. In other words, he’s not trying to deliver a rousing speech or a great presentation. His audience and the points he is making is all of his focus. There’s no room left for buying into all that “visibility and vulnerability.”

Armed with the correct focus on his audience and message, Abraham Lincoln needn’t have worried that he was unfit as a speaker. The same unwavering focus will serve you well if you have stage fright, however modest or momentous your own message.