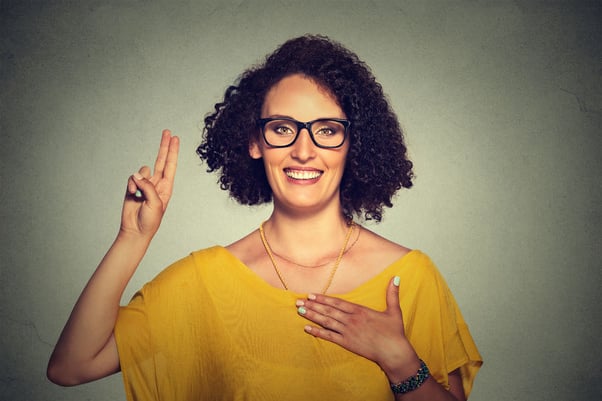 Confidence is one of the most powerful tools in public speaking. Here's why you must believe in yourself 100%, so others will do the same.

Do you believe in yourself? When it comes to public speaking, do you have the self-assurance and faith in yourself to survive criticism and still thrive?

And if not, do you know how to build your confidence as a speaker?

This past week, a leader gave a disastrous speech that was agony to watch and that horrified her followers. It was "staggeringly incompetent"—a nightmare of a speech. Or was it a farce? Whatever label might serve (and all of those were applied), it was an address guaranteed to send the speaker into oblivion.

At least, these were the conclusions of some of this speaker's detractors.

The leader is Theresa May, Prime Minister of the United Kingdom. The occasion was the annual Conservative Party Conference held last week in Manchester, England.

And the lesson, as I see it, is that you need to have faith in your own voice.

How you handle resistance helps determine whether you succeed with audiences. Do you remain calm and focused despite objections and challenges? Do you stay zeroed in on your strategy and message? Do you know how to maintain and even strengthen your credibility and authority? Learn how to do all these things. Download my essential cheat sheet,  "7 Tips for Overcoming Audience Resistance."

So, was the speech as catastrophic as these people are saying?

Three Strikes and You're Out, Prime Minister? 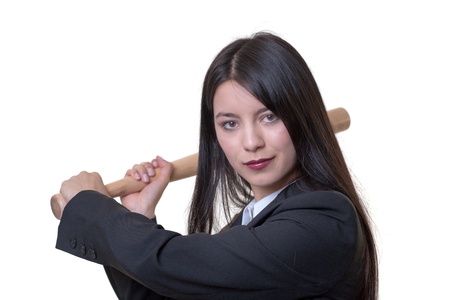 The speech—a policy address with some digs at the opposition, as all these addresses are—held particular interest because of the Tories' recent electoral difficulties. Also, of course, Brexit continues to shadow the U.K. like a permanent cloud over the sun.

But some simple and quite ordinary hiccups in this speech gave Ms. May's detractors major-league dyspepsia.

Here are the glitches that plagued the speech:

And that was the sum total of the "chaos" in the conference hall during Theresa May's address. It was enough to turn at least two British newspapers into hives of hyperbole. The Prime Minister's speech was a car crash that will haunt her forever. One commentator is sure he will relive the agony of the speech for the rest of his days! The Times, on the other hand, admitted Ms. May's struggles while headlining her defense of free markets; and in this country, The Wall Street Journal and The New York Times offered sober and substantive coverage.

Keep Calm, Carry On, and Fight Another Day 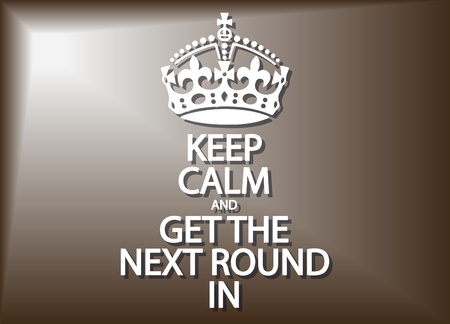 Yes, the political arena is more vicious than the one most of us speak in. But we all have our detractors, whether or not they detract to our face. And speaking of faces, you can rely on most audience members staring back at you stone-faced—not because they're uninterested or hostile, but because this is how people listen to speeches and presentations. So even apart from active resistance or criticism, you need to take a hefty dose of pre-speech confidence.

But where does displaying public speaking confidence come from, if like everyone you'd rather be appreciated than attacked and dismissed?

You can remember these three powerful truths concerning all of your public speaking performances, from initial remarks to Q & A:

1. Who you are doesn't change.

Your abilities and values can rightly laugh if a comedy of errors emerges during one of your speeches. You don't, shouldn't—and in fact, can't—change who you are based on whether your talk is a triumph or disaster. Does your ego swell to gigantic proportions when you give a well-received speech? Why should it wither when the opposite happens? Since success and failure are two sides of the same coin, you shouldn't flip out when you're facing heads or tails.

2. Most of your audience honors your effort.

Though you will face occasional stomaching (churlish anger or resentment: an ancient word the University of York said recently should be revived), most listeners are on your side. Every person in your audience realizes that speaking in public requires courage and good will. You speak because you care that others will benefit from what you're saying. Notice the smilers and head-nodders but don't play only to them. Have the confidence that virtually everyone is interested, because they are.

One of the paradoxes about public speaking (and acting), is that you can't be excellent at what you do by trying to give a good performance. It simply isn't about you—and the sooner you accept that tough-love message, the happier you'll be. Your honest effort to give value to listeners must succeed if you devote all of your attention to that goal, rather than to you. Listen to criticism and soberly decide whether it's big and worth taking to heart, or as small as a little person can make it. You'll be more confident and genuinely worth listening to next time around.