Role-Playing: A Theater Technique that Will Improve Your Business 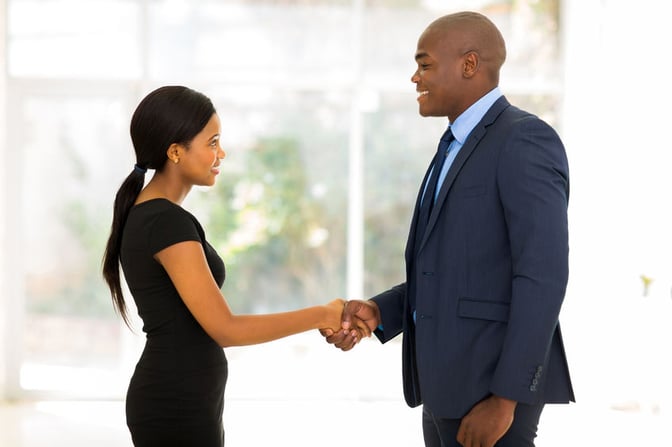 Can you put yourself in the shoes of your stakeholders? Role-playing is a fun theater technique that will educate your employees and improve your business.

Would you like to go back to a magical world you loved as a kid?

I'm not talking about experiencing a second childhood in old age. I mean the world of make-believe you inhabited so easily and fully when you were young. Didn't you love playing pirate or Mom or Dad, doctor, teacher, Robin Hood, Cinderella, or The Big Bad Wolf? Not only would you become any of those characters on a instant . . . but you utterly believed in your role.

Is it a stretch to realize that assuming roles can help your employees empathize with others so you can serve their needs? To put it another way: your company should be using role-playing to understand the thoughts and feelings of customers, clients, patients, and other stakeholders.

Imagining yourself as someone else takes a high level of focus. How good are you when you speak at attending to the task at hand and nothing else? Discover 10 theater-inspired techniques for presenting with complete enjoyment and energy. Download my free cheat sheet, "10 Ways to Stay Fully Focused When Speaking." 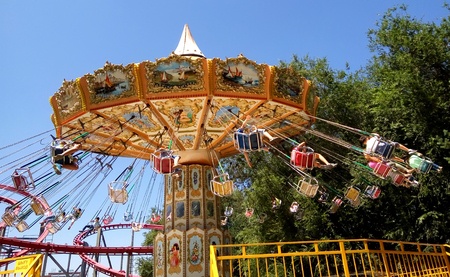 The Magical Day at the Wimbledon Fair

For better or worse, actors never lose the capacity to become someone else and experience the world through their eyes. It's a skill your business team can learn from. Let me share a time that a young actress I knew expressed this ability better than I've ever heard it said before.

Three of us were on break from the acting academy we were attending in London. We were visiting a fourth student who lived in Wimbledon. As we strolled around the famous town that day, we came upon what we in this country would call a carnival, and what the British call a "fair". I remember my friend's eyes grew wide as she saw it set up on the common, and she said:

"You know, when I woke up this morning, the furthest thing from my mind was a fair. Now, being here is what I want more than anything in the world." That was many years ago now, but I recall it vividly. It's the essence of the actor's temperament—playing a role with total desire and commitment to the abandonment of everything else for that moment. 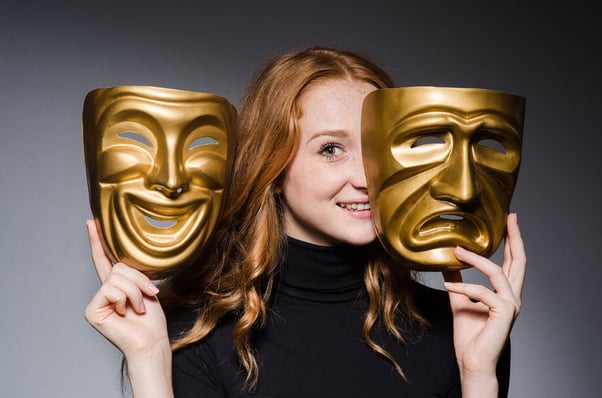 Theater Games and the Roles We Play

In acting classes, taking on roles is an essential tool. Inhabiting a character in play or film is all about playing a role, of course. But reversals, i.e., switching characters in a scene, or artificially voicing one's feelings while enacting a scene (turning to the camera, if you will) are useful devices for digging beneath what's on the surface.

The same tools can help you and your team in understanding the people inside your company or those who use your products or services. I was reminded of this recently when I re-discovered an article I'd filed away on using these theater games in a professional context. Re-reading it, I loved the piece. I was also delighted—but not surprised—to see that it was written by my friend Jeannie Lindheim, an actress, educator, and professional clown.

Here are four of the same role-taking techniques actors have been using for centuries. However old these games are, they're custom-made for the 21st-century professional who needs to stand in someone else's shoes to gain insight into how they think. That's because, as Jeannie puts it, "vulnerability and the ability to be there" for someone else are key determinants of influencing others and achieving a win-win situation. 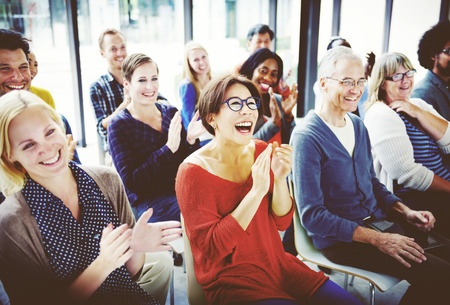 Four Role-Playing Scenarios to Use Professionally

If your group doesn't work together frequently or know each other well, start with warm-up exercises. Trust games, ice-breakers, or anything else that gets everyone involved and connecting will work. Brainstorm the situations that are most painful or stressful for your employees. Then decide the roles to be played in conversations you'll simulate.

Pairing participants, i.e., in a one-on-one interaction, is usually most helpful because it keeps the exercise in focus and runs less of a risk of getting confusing. You can use more than one of the techniques given below in any of the scenarios you come up with. Also, the facilitator can step in at any time, asking how the situation might have been handled differently, if anyone has any ideas on what would work in this instance, etc.

Role-reversal. Switch the roles the two people are playing. The sales person can become the prospect, for instance. Players should change places several times. Participants may quickly understand and empathize with what the other person is feeling and thinking, and when switching back, be more adaptable in responding. "I see everything differently now from that person's perspective!" is a comment that might emerge.

Subtext involves each player verbalizing what she or he is feeling as the scene unfolds. In good theater, actors play what's going on in the inner life of the character as much, or more, than the lines being spoken. The scene is infinitely enriched (actually, it's the heart of the drama, much more than the spoken text is), and yours will be too. Now workshop participants watching the scene won't have to guess what each player is thinking. Would you say that the subtext spoken out loud: "I'm always so frustrated by this type of remark, and never know how to deal with it," can lead to an interesting discussion?

Soliloquy is your chance to rival Shakespeare! Here, the action in the scene stops, while the player turns toward the audience and voices the deeper feelings of inhabiting this role. What is said will have less to do with a momentary response to another's behavior, than about what it's like to live in this role. "This is the difficult position I sometimes find myself in. I'm supposed to be getting support, but I feel isolated. And I don't know how to bring it to everyone's attention." Or: "Typical response! Companies like this always do this to customers like me. I'm the little guy, and they keep reminding me of it." Isn't that a remark your company needs to hear?

Alter ego calls upon an important resource: the others in the group who can contribute to everyone's understanding. Here, the facilitator asks, "Can anyone identify with what this person is feeling?" A person is selected who then stands behind the role-playing person and voices his or her thoughts and feelings as the scene progresses. The alter ego volunteer might verbalize, for instance, this employee's thought: "What am I supposed to say to that? I can be honest, but I know I'll be penalized for it. I just feel trapped."

As you can see, using these techniques is hugely instructive. They work because experiential learning beats static discussions every time. You'll also experience comic moments that make it all a lot of fun.

Not exactly like a fair that materializes on the Wimbledon common, but one that includes its own kind of magic.