Goodness! — Are You Too Emotional when You Speak in Public? 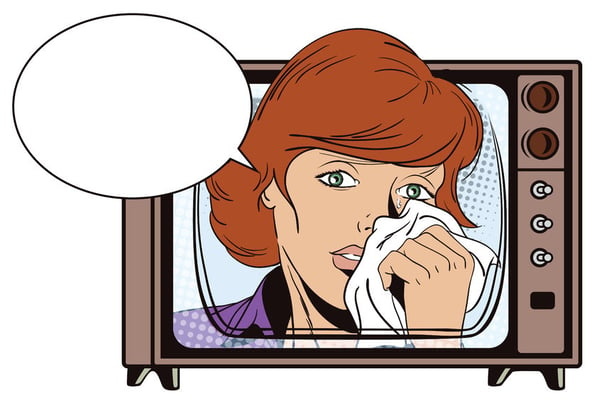 Emotions matter when you speak in public. But how much is enough? Here's an actor's advice on avoiding the twin traps of showing too little or too much!

Let's talk about a movie scene that packs a wallop—and just the right level of displayed emotion.

The scene is from Robin and Marian, a 1976 film starring Sean Connery and Audrey Hepburn. Connery is Robin Hood, who's just returned from the Crusades in the Holy Land. He's talking to his former (and now-renewed) love, Maid Marian, played by Hepburn.

Robin has just described how after the conquest of a city, King Richard the Lionhearted had thousands of Muslim women and children slain, and their bodies opened to search for gold and other valuables, adding: "And you ask me if I'm sick of it."

"Why didn't you come home then?" Marian asks.

Sean Connery's response is a lesson in revealing an appropriate pitch of emotion. Robin is obviously distressed and disgusted at the memory of the massacre of innocents. Yet he hesitates, and replies slowly and quietly, a look of puzzlement in his eyes:

Here is the scene:

Great actors know that the key to pulling audiences in during a moment of emotional power is modulation. Both the concept and the practice are as true for public speakers as they are for theatrical performers.

Are you more comfortable with delivering information than genuinely moving your listeners? Discover how to enrich your relationship with your audience and make what you say unforgettable. Download my free cheat sheet, "5 Ways to Captivate an Audience."

Do You Show Enough Emotion as a Speaker?

Are you vulnerable enough when you speak in front of others—and do you let it show? The first part of the equation of displaying the right level of emotion, is your investment in the emotional content of your speech. (Here's how to achieve emotional power in speeches, along with a moving and inspirational TED talk.)

Or rather, it's your willingness to show the depth of your feeling. If you're like most speakers, you care a great deal about the message you're trying to get across to audiences. The problem, however, is being willing to display a level of emotional commitment that matches what you feel.

Business speakers, that is, generally play it safe, avoiding what they consider an inappropriate level of emotion. Yet every decision an audience member makes is partly powered by emotion. (Scientists have found, for instance, that even seemingly data-driven decisions are impossible in people whose emotional centers of the brain have been damaged.)

Showing one's vulnerability is actually essential to building trust with an audience. Listeners then realize that the speaker is being honest and forthright, without hedging or defensive displays. And of course, if you're trying to persuade, inspire, motivate, or otherwise light a fire under listeners, how will it happen unless you show how much it all matters? 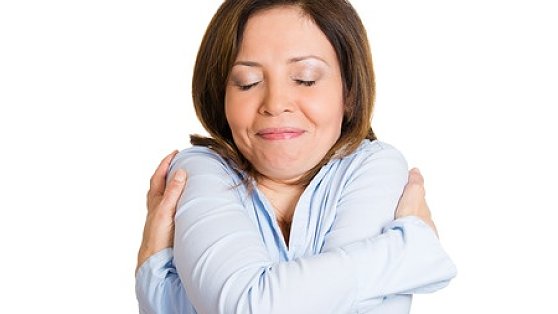 Using Emotion Can Add Power to Your Speeches

Sometimes, however, a different problem arises, when a speaker lets too much of the genie out of the bottle. Then the level of emotion displayed is counterproductive: not because the emotion itself is inappropriate, but because the full display of it lessens its power.

Let me explain that in acting terms; and again, we're back to the concept of modulation. Actors understand that for an emotion to have its full impact on an audience, the performer must never show all of it. That is, the audience needs to grasp that however powerful the emotional response they are witnessing, there is more where that came from. The reservoir is larger than what is being displayed. Not seeing it, the audience can only guess at its size and depth. That is when emotion shown becomes truly powerful.

Knowing When to Hold Your Emotions Back

Recently, I worked with a client for whom this was the case. She was clearly passionate about her topic, and constantly so—meaning she displayed a high level of passion at all times. It was too much. Listeners to her product pitch would be in danger of feeling assaulted, exhausted, or both. And they'd have no inkling of a quiet, deep commitment to this product, which is what my client really needed to convey.

So, are you willing to reveal your passion while letting your vulnerability show? And do you know how to modulate your emotional display to leave audiences engaged and aware of your bedrock commitment to what you're saying? These are the twin poles of using emotion when you speak in public. Like an actor, you'll be serving truth and persuasion, equally.