An Actor's Focusing Technique to Improve Your Public Speaking 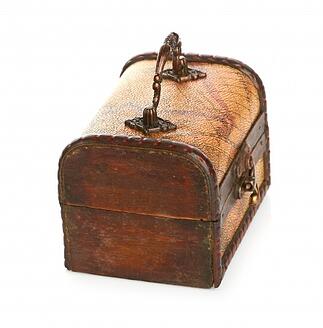 Imagine you're an 11th century Scottish general who, returning from battle, is accosted by three witches. You're told you're destined to be king. Mesmerized and consumed by ambition, you assassinate the rightful king (while he's a guest in your house), and descend into increasing paranoia and savagery.

Think you'd need to be focused to pull that off on stage eight times a week?

Why Theater Tools are Ideal for Public Speaking

It isn't only the lead role in Shakespeare's Macbeth that requires that level of concentration, of course. Nor is the need for complete focus in performance limited to acting, since it applies to any of the performing arts.

Which brings us to public speaking.

When we speak in keynotes, business presentations, meetings, sales pitches, and any situation where we present our ideas, we are center stage in the arena of performance. That requires a level of focus beyond the ordinary. (To calm your nerves, even if you only have 5 minutes to spare, download my free cheat sheet, "How to Calm Your Nerves before Speaking.")

Yet often, the ability to focus is the one skill we have difficulty with in public speaking situations. Our expertise, content knowledge, passion, and even the willingness to serve our listeners' needs, aren't usually in doubt. But occupying "center stage" in the spotlight of speech performance brings on self-consciousness, nervousness, and the feeling of nakedness.

It's hard to stay focused and hitting on all cylinders—at the time when you most need to do so—when you're experiencing this level of vulnerability and anxiety.

How then can you increase your focus and dedication to the task at hand? The tools of the theater, as they are in so many aspects of spoken performance, are at your command. Among others of these tools, actors access some of the best focusing techniques that exist. Here's one that's easy to use, and that even has applications beyond your speeches and presentations.

Paradoxically, this exercise calls for you to think consciously about issues that are most likely to disrupt your focus when you need it most. It's called the Actor's Box.

The Actor's Box is imaginary: a cabinet that's custom-made to hold those intrusive thoughts. Here's how it works:

Imagine a box small enough (in your imagination), to carry around with you whenever you need to speak in public. Just like an actor, you will use this cabinet as a temporary home for the thoughts and concerns that are most likely to spoil the performance you're about to give.

The reason these thoughts have the capacity to do this is because they are the very concerns that are on your mind at the moment. Work or personal matters, pressing deadlines, health issues, and items of any kind that preoccupy you are the culprits who you'll be introducing to your Actor's Box.

The idea is for you to bring along your imaginary box and use it just before your public speaking appearance. Here's what to do:

Ten or fifteen minutes before your talk, find a quiet place where you can be alone. Put the imaginary box down next to you.

Turn the imaginary key and open the door.

Now spend the next few minutes thinking of the things that are on your mind or bothering you. The type of worry or concern doesn't matter—it simply needs to be a thought you don't want to bring "on stage" while you're speaking.

In each case, think about the concern or worry for a minute or so. In other words, give it some attention. If a decision is required, tell yourself that you'll make one . . . later. After you've given each individual concern or worry some time, put it in the box.

Repeat this step for up to a half-dozen things you'd rather not have on your mind as you speak.

Shut the door to your imaginary box and turn the key. Put the "key" someplace safe!

Your worries are now tucked inside your Actor's Box. Since you've granted each of them some face time (which they were clamoring for), they'll be quiet for the time you'll be speaking. In other words, they'll behave themselves. Of course, if you had unwisely ignored them, they'd surely intrude at the moments you need them not to do so!

Finally, if it slips your mind to let them out out of the box after your presentation, don't worry. They're stubborn little characters, and they'll find their way back to you without any problem whatsoever.