Positive Thinking Is Your Golden Key to Speaking Like a Star! 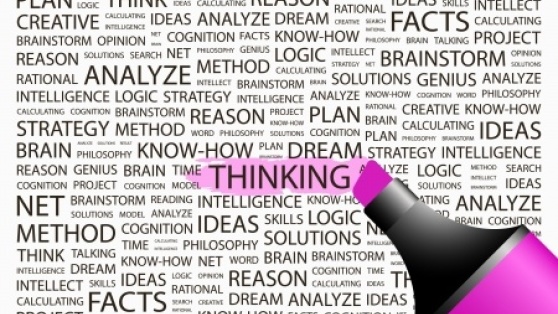 Want to be your own best friend in terms of public speaking? Learn these ways to use positive thinking for personal and career success.

In Shakespeare's most famous play, Hamlet tells the character Rosencrantz: "There is nothing either good or bad, but thinking makes it so."

It's a statement that is absolutely true concerning your own thoughts about succeeding at public speaking. If you want to speak like a star, you can use the same philosophy to make your presentations exactly what you'd like them to be!

Are nerves and self-doubt issues for you when you present? You can become a more relaxed speaker, even you have just 5 minutes to spare! To become more dynamic than nervous, discover my theater-based techniques for speaking with power and control. Download my essential cheat sheet "How to Calm Your Nerves Before Speaking."

Do You Create a False Reality of Public Speaking?

In one sense, we create our own self-doubt concerning public speaking. That’s because, almost universally, there is never as much danger or risk as we think there is concerning a speech or presentation.

Anxiety also leads us down a path with no exit, since we’re substituting our fears for more accurate measures to judge our success. In effect, we're creating a false reality that’s much harsher than the actual speaking situation.

If that's your reality, you need to change your thinking about speaking in public. Pursuits like meditation and yoga can lead you down a path toward greater spirituality. But you must also change your unhealthy mindset into more positive thinking.

That way, you’ll banish the negative self-talk that’s been undermining your achievements and build a repertoire of positive coping statements instead. An additional benefit is that you’ll discover how to evaluate your speaking performances more realistically, using more accurate measures of your progress.

The Benefit of Cognitive Restructuring

Restructuring negative thinking in this way is a key activity in overcoming self-doubts and speech anxiety. And of course, no one knows as much about your own negative thoughts as you do. But it's always worth learning about the 10 biggest causes of speech anxiety and how to overcome them.

This process, of re-routing negative thinking into productive channels is called “cognitive restructuring.” For you as a presenter, it simply means going from a negative mindset to a positive one where public speaking is concerned. Another way to say this is: you’ll be changing your role from being your own worst enemy to becoming your own best friend as a speaker.

Good News: The Audience Doesn't Care About You!

One of the biggest challenges you face as an anxious speaker is that you may overestimate how negatively other people will judge your performance. The truth is that most audience members aren’t picking apart your speaking skills. Instead, they’re looking for something positive from the experience—they want to know that attending this meeting or lecture is worth their time.

In this sense, audiences actually have little interest in you personally. They’re much more focused on the message and the information they're being given. While that may seem a little harsh in terms of your reception from an audience, it’s actually good news since you’re not under as harsh a spotlight as you may have imagined!

Use Positive Thinking to Succeed

If you’re speech phobic, you aren’t aware of this because you’re too busy monitoring what you consider to be your own poor performance. You’re biased against yourself!

You may in fact be doing quite well, but you spoil your success by creating “a negative reality.” Then you reinforce your belief that you’ll do badly through self-criticism . . . even if you’ve actually succeeded with your goal for the speech! You might even say that you’re determined to be miserable despite your success.

Does any of this sound familiar to you? If it does, you need to make the commitment not to indulge in self-talk that’s counter-productive to successful speeches and presentations. Or, to turn that thought on its head: Use positive thinking and get your army of constructive thoughts marching in the same direction—straight toward your goal.