Body Language for Public Speaking: How to Gesture Naturally 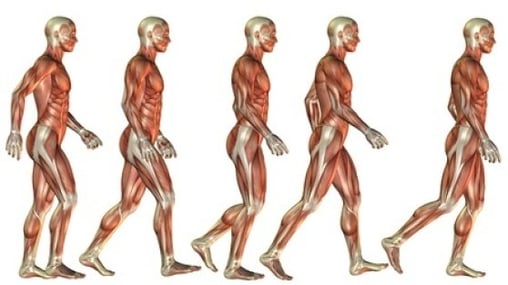 Few things are more nerve-wracking in public speaking than the thought, "What do I do with my hands?" (Want to boost your physical presence and charisma? Learn how by downloading my free cheat sheet "Body Language: 6 Skills Building Exercises.")

Too many speakers and presenters seem at a loss when it comes to using successful body language—especially where their limbs are concerned. It's as though they just acquired those appendages before going on stage and they don't quite know how to use them.

Don't Get on a Gym Ball!

Fergus McClelland, a friend of mine and fellow speech coach, uses a brilliant image to describe this situation: he talks about speakers who look like they're on a gym ball. Haven't you seen speakers who are like that—waving their arms wildly and too energetically, who appear to be desperately trying to stay on that ball!

Actors understand that they should never give an audience everything they have: the best ones hold something back. Audiences then not only witness a powerful performance . . . they realize there's even more that they're not seeing, held in reserve. As a result, the performance demonstrates a deeper reservoir of power that's not being fully tapped.

Speakers and presenters can benefit from the same approach. In other words, the concept of containment is a key element of dynamic body language in public speaking. With that in mind, here are 4 key elements of using physical expressions productively when you're speaking in public. Together, they spell out the word C.O.R.E.

1. You must control your gestures and the other aspects of your body language. Leaders demonstrate control in nearly all of their actions, and when you speak in public, you are a leader. Maintain a strong stance (always stand if you have the choice between that and sitting to deliver a presentation), and move only when there's a purpose behind doing so. Keep your energy contained, and as explained above, you will add power to your speeches. Here are 10 ways leaders stay fully focused when speaking.

2. Start out and maintain an open physicality. This means get in the habit of beginning your speech in the "neutral position," with your arms at your sides. Bring your arms and hands up to gesture when doing so adds a visual component to what you're saying. But above all, avoid the "fig-leaf position" (hands clasped in front of crotch), the church steeple, "washing" your hands, or anything else that creates a physical barrier between you and your listeners. That goes for when you're sitting at a board table, too.

3. Make your gestures restrained. Too frequent or overly energetic gestures dissipate your energy. And of course a gesture made over and over again loses any meaning it once had. Think of the discussion above concerning containment: a slightly contained gesture advertises a level of power yet unused. Few things betray nervousness like body language that's either too tiny or too large. Limit the size of your gestures, and let them come from your core outward.

4. Gestures and movement should be emphatic, i.e., they should support or amplify what you're saying. This ties in to the magic trilogy of public speaking: a great message, developing your voice for business success, and effective movement, for each complements and strengthens the other. Complement means "that which completes or brings to perfection." What an ideal definition of the task of body language in public speaking!