"What If?" — A Magic Formula to Transform Your Public Speaking 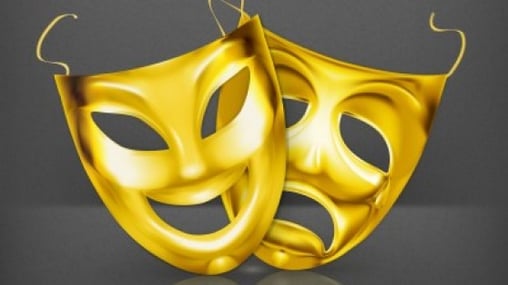 Did you know that you're as much a performer as an actor when you deliver a presentation? Actors, of course, are performers par excellence of the spoken word. When you deliver a speech or presentation, you too are using a magical combination of language, voice, and physical expression to create a reality that is unlike any other. (Want to make your presentations unforgettable? Download my free cheat sheet, "5 Ways to Captivate an Audience.")

Like an actor as well, you have the opportunity to live two lives onstage. The stage performer is at once himself or herself and the character in the play, movie, or television show. In the case of your public speaking, you have a similar ability to inhabit your personal motives while tapping into the desires and hopes of your audience. That's simply one of the essentials of good communication skills.

There are many paradoxes that exist in the world of the theater. Perhaps the biggest is the fact that audiences believe in the actor's performance as a character not through artifice, but through truth. We all know that Actor X or Actress Y is only performing a role—that he or she isn't really that person in the drama. But we believe it completely, because the actor is true to every moment of that character's life as it unfolds in the story.

Actors accomplish this feat through what is called "the illusion of the first time." Even if an actor is performing King Lear for the thousandth time, every audience member must believe that Lear is hearing dialogue and experiencing the events in Shakespeare's play as it's never happened before.

Stanislavski and the "Magic If"

Another tool in the actor's repertoire is even more closely connected to public speaking. It's a concept developed by the great Russian actor and acting teacher Constantin Stanislavski (1863-1938). As an administrator of the Moscow Art Theater, Stanislavski created an approach to acting based on believable emotions and physical actions that can help elicit those emotions. His famous System—imperfectly interpeted—became the model for the method acting approach of the Actors Studio in New York, whose alumni include Marlon Brando, Marilyn Monroe, Al Pacino, and many other famous names in American theater and film.

One of Stanislavski's best known concepts is that of the "magic if". The actor asks in the early stages of rehearsal: "What would I do if I were this character in this circumstance?" By answering that question, the performer is able to approach the reality of the character's life from a standpoint closer to what the author intended than the actor's personal life. Of course, understanding your audience as a public speaker is important as well. Here's how to conduct an audience analysis to be clearer on your listeners and their needs.

Here's Your Chance to Be a Star!

Consider how Stanislavski's tool can benefit you in public speaking: It can help you live in the world of your audience rather than just your own.

Speakers who can't do this greatly hamper their presentations. They become wrapped up either in the information they are delivering, or their own self-consciousness and anxiety about public speaking—or both. And so they end up trying to accomplish the impossible: focusing their attention and energy on their own interests and desires rather than those of the people they're trying to reach.

The audience, of course, are the people you're trying to persuade, move, inspire, or influence in any of a number of other ways. But none of that can happen if you as speaker are living in the world of your own needs instead of the audience's.

So why not use the "magic if" to turn your focus around? Your thinking then becomes: "What if I were a member of this audience? — What would I be hoping to get from this speech or presentation?"

Imagine (a wonderful word!) how all the aspects of your talks would benefit: your preparation, your decisions on what material to include, your consideration of your audience's engagement and interest level, and the delivery skills you need to move your listeners.

What if you succeeded at that level with your audiences, every time? Wouldn't that be a formula that seems, well, magical?